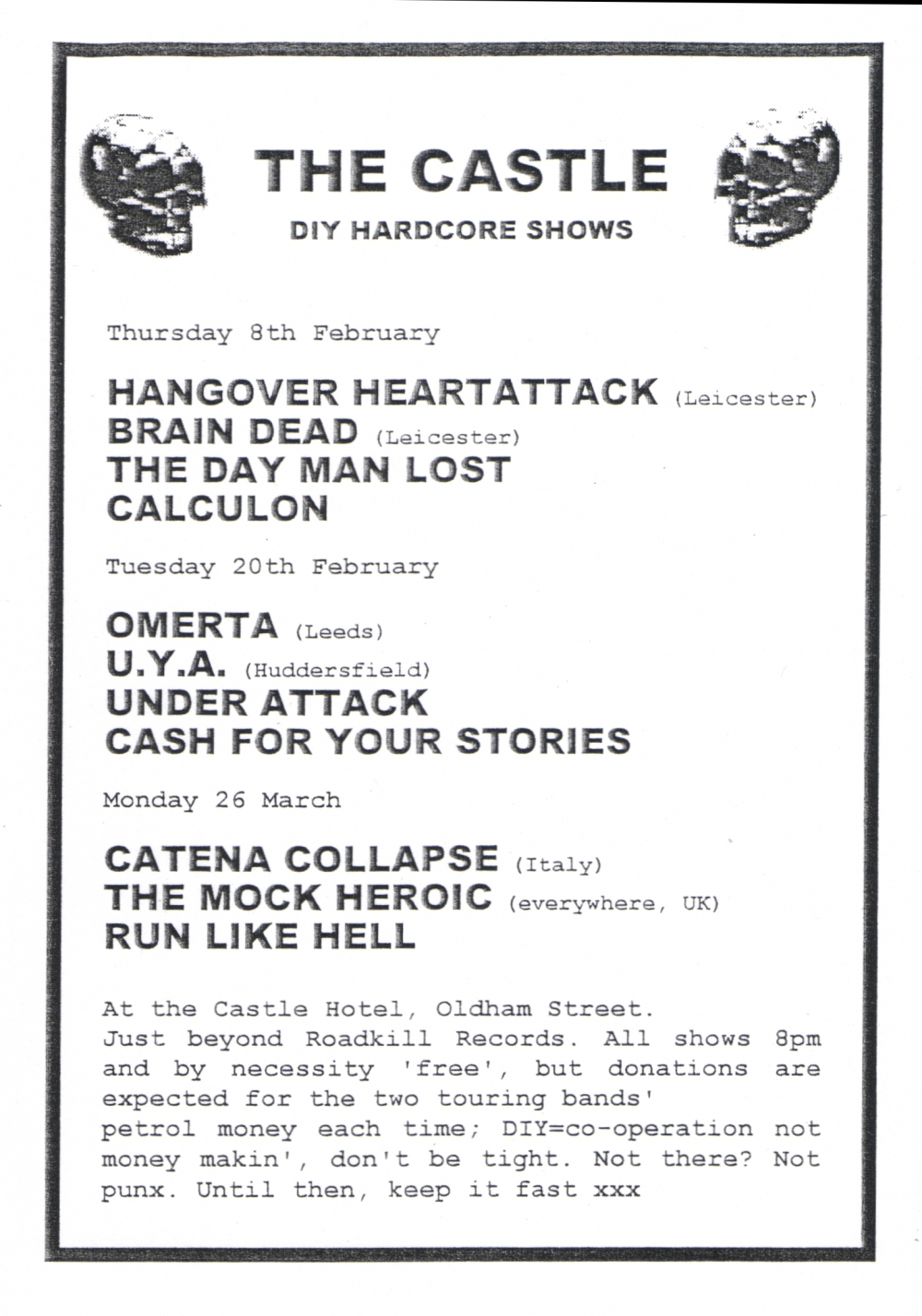 Before the Castle was 'nice' again, there was a short period where there were loads of punk and hardcore gigs in the back room. Some info on the Manchester bands :

CASH FOR YOUR STORIES played kinda melodic punk rock at this point, though they had a noticeable No Means No/The Ex influence later on. Played a lot of gigs with a few lineup changes and were always decent though I've not checked up on too much of their recorded work (there is at least one 7" out there).

RUN LIKE HELL were around 06-08 and sounded like Heresy. They put out one demo CDR which still sounds great and I used to put them on about as often as I could get away with.

UNDER ATTACK were from near Bury/Radcliffe and started out like a cross between Minor Threat/Discharge, and were all pretty young and full of energy. By this gig they had some Rites Of Spring/Stooges influences, and I think they sadly just evolved too fast to really make a go of releasing any recordings - there was rumours of a split 7" with Run Like Hell, but it never happened.

CALCULON was a 2-piece with the Run Like Hell drummer Nick, I can't remember much else unfortunately. I think they were going for that Locust/Melt Banana sort of thing.

Flyer "designed" by Anthony (from Man Is The Bastard template)
Artefact added : 4th July 2016
by storminateacup

Mike Noon Says –
Bit after the fact, I know, but can I take it that all four bands you describe are from Greater Manchester? (One clearly is). If so, I will add them to the archive.
If you'd like to leave a comment, please Login. Login
Manchester Digital Music Archive is licensed under an
Attribution-NonCommercial-ShareAlike 4.0 International License.
Charity no. 1164179
Our archive currently contains 3861 Bands, 758 DJs, 1458 Venues, 316 Industry Professionals and 29644 artefacts contributed by 4033 members.