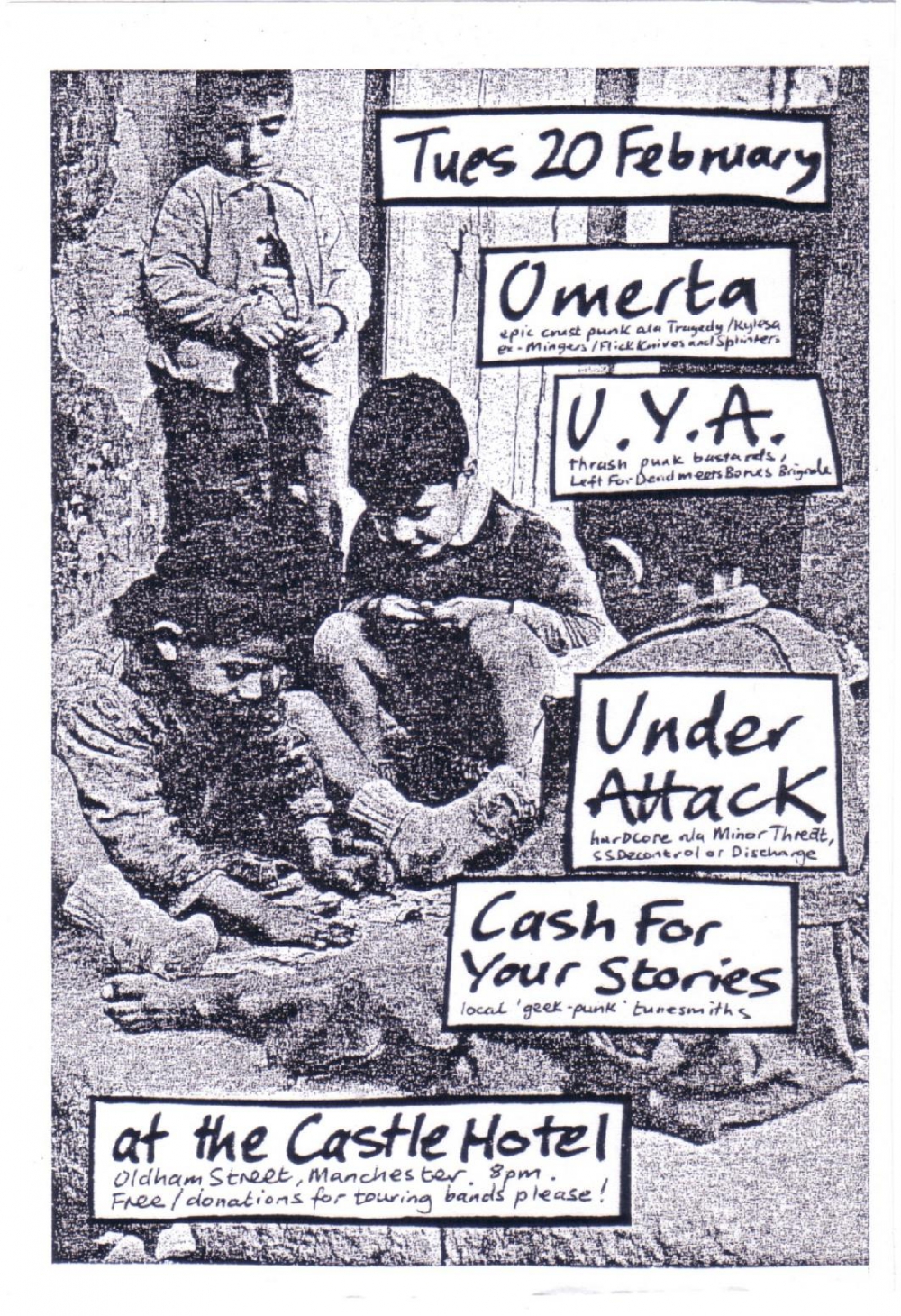 Hardcore gig at the Castle on Oldham Street. Back when the 'gig room' had an old pool table, a hole in the ceiling and the ladies behind where the bands played.

UNDER ATTACK were possibly my favourite band at the time. They organised a Halloween gig in their practice room a few months earlier. A bunch of us got the tram to Radcliffe and they drove us to this crazy semi-abandoned warehouse complete with a grand piano, and the gig happened in this tiny room off the side. Run Like Hell played too, they covered Beastie Boys and this bin got thrown around with the contents going everywhere. This gig was a bit more civil and Under Attack had more of a Rites of Spring sound, and played a Stooges cover.