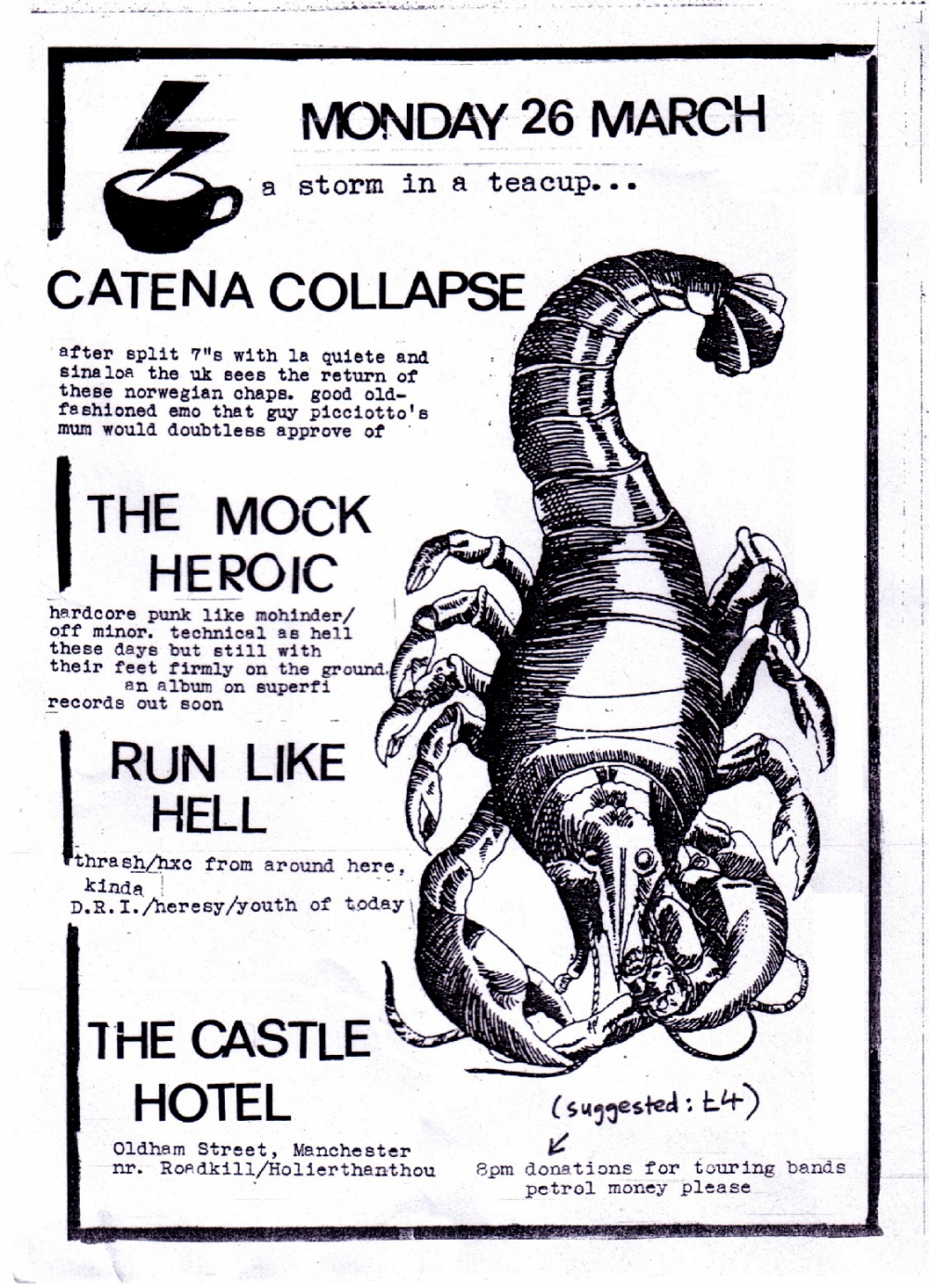 Another gig I put on at the Castle. CATENA COLLAPSE did a modern Euro take on 90s emo, I never truly got them but I think they were generally well-received on this tour. THE MOCK HEROIC were probably the best band for me.... they had a 7" and a CD that came out on Superfi around the time of this gig that I've linked below (its a pay what you like download). RUN LIKE HELL I will mention more elsewhere, but they were a fast hardcore band from Manchester.

Flyer by Anthony, not sure where the image came from. I think its some type of Norwegian mythical sea creature, which if you think about it, is like using a drawing of the Loch Ness monster when trying to promote a band from Scotland.
Artefact added : 4th July 2016
by storminateacup