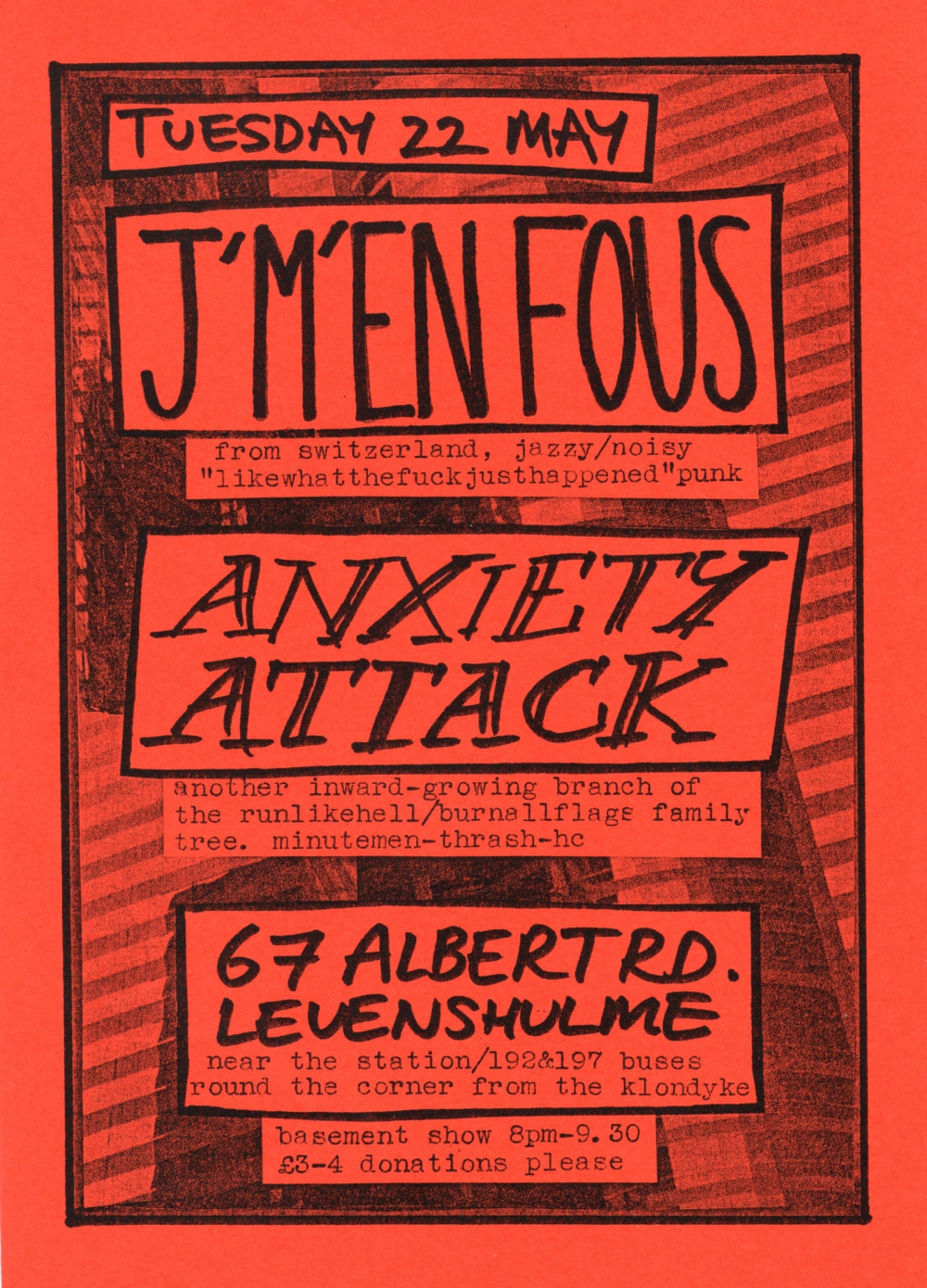 Anxiety Attack music linked below. I have used "Albert Road, Levenshulme" as venue for house gigs at 69, 67 and 31 during the mid 2000s.

Flyer by Anthony. Gig story for a never-finished house-gig zine :

"Booking bands based purely on their live reputation – as opposed to by their myspace, hip label associations or references to bands they imitate – was the only way it could be for the uncategorizable J'M'EN FOUS from Geneva. A missing piece of the Bilge Pump/Headache/Vialka family tree (i.e. mid 90s Leeds 6/performance-art-influenced post-punk) they were certainly some interesting guys and girls. The singer was spitting lots during their set, often at/over the crowd, but somehow it was just funny and unexpected enough for everyone to let it go. The next morning their lanky guitarist Titi was playing piano like I've never heard anyone play it before… this really spikey, modal style; when I asked him what he was playing he shrugged it off like he couldn't put 2 notes together. Nick, Myke, Andy and Adz's new band ANXIETY ATTACK (50% Dreams are Free Motherfucker, 50% Run Like Hell, 25% The Day Man Lost… you work it out) also played. I think they wanted to sound like the Minutemen but ended up as frantic thrash with a few funk drumbreaks! Really great band that crumbled on the verge of putting out two 7"s. "
Artefact added : 4th July 2016
by storminateacup