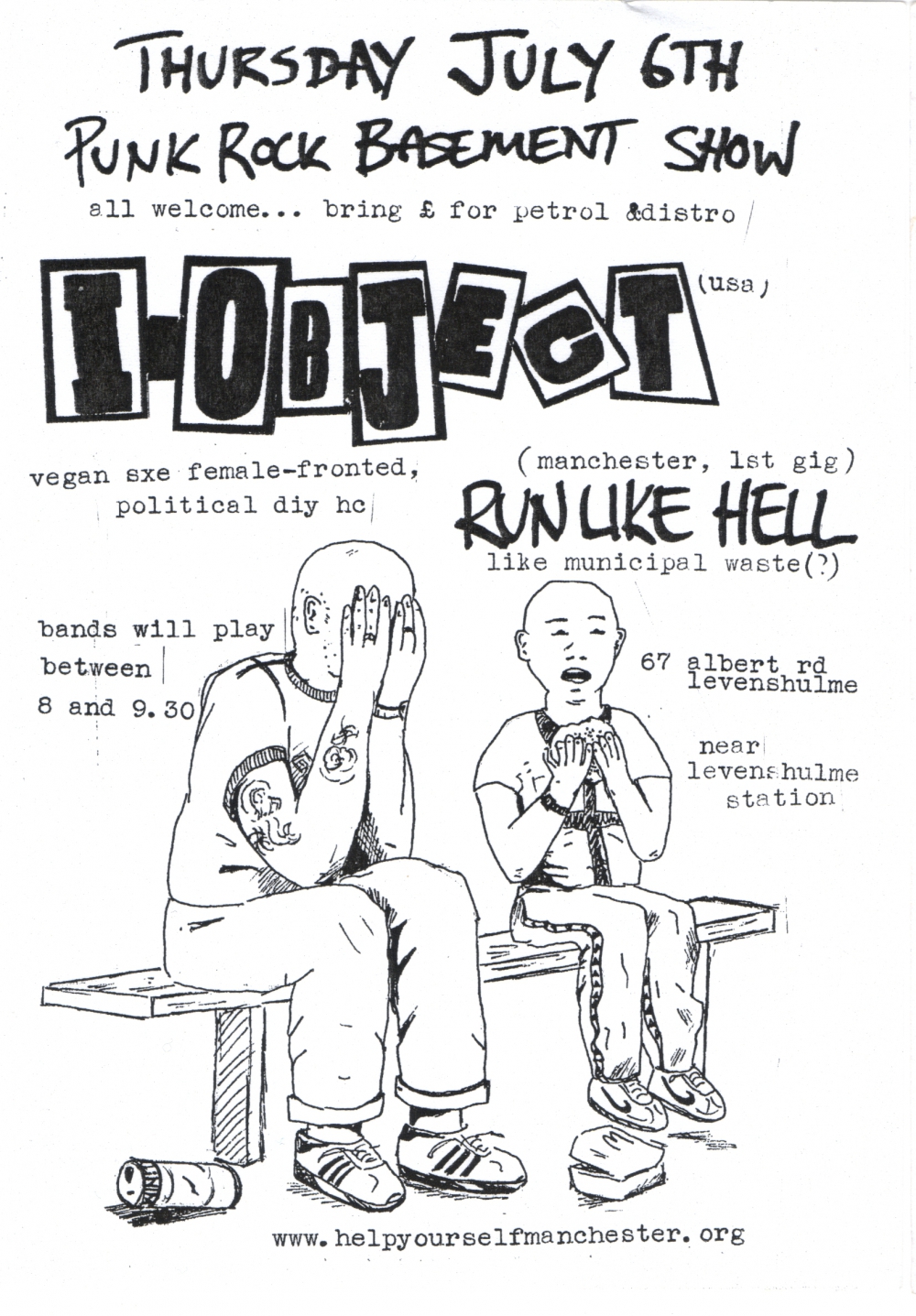 This was going to be Up Late from Sheffield opening but they pulled out. RUN LIKE HELL were possibly playing only their second show - they were ridiculously tight already, and I think there is video evidence somewhere too. Paddy Steer filmed it, and then even let them guest on his ALL FM radio show.

I OBJECT arrived on tour from Buffalo/Syracuse NY and played an absolutely raging set of fast hardcore punk. People seem to make a lot of their shortfalls in their lyrics but as a live band they were in their element.
Artefact added : 4th July 2016
by storminateacup