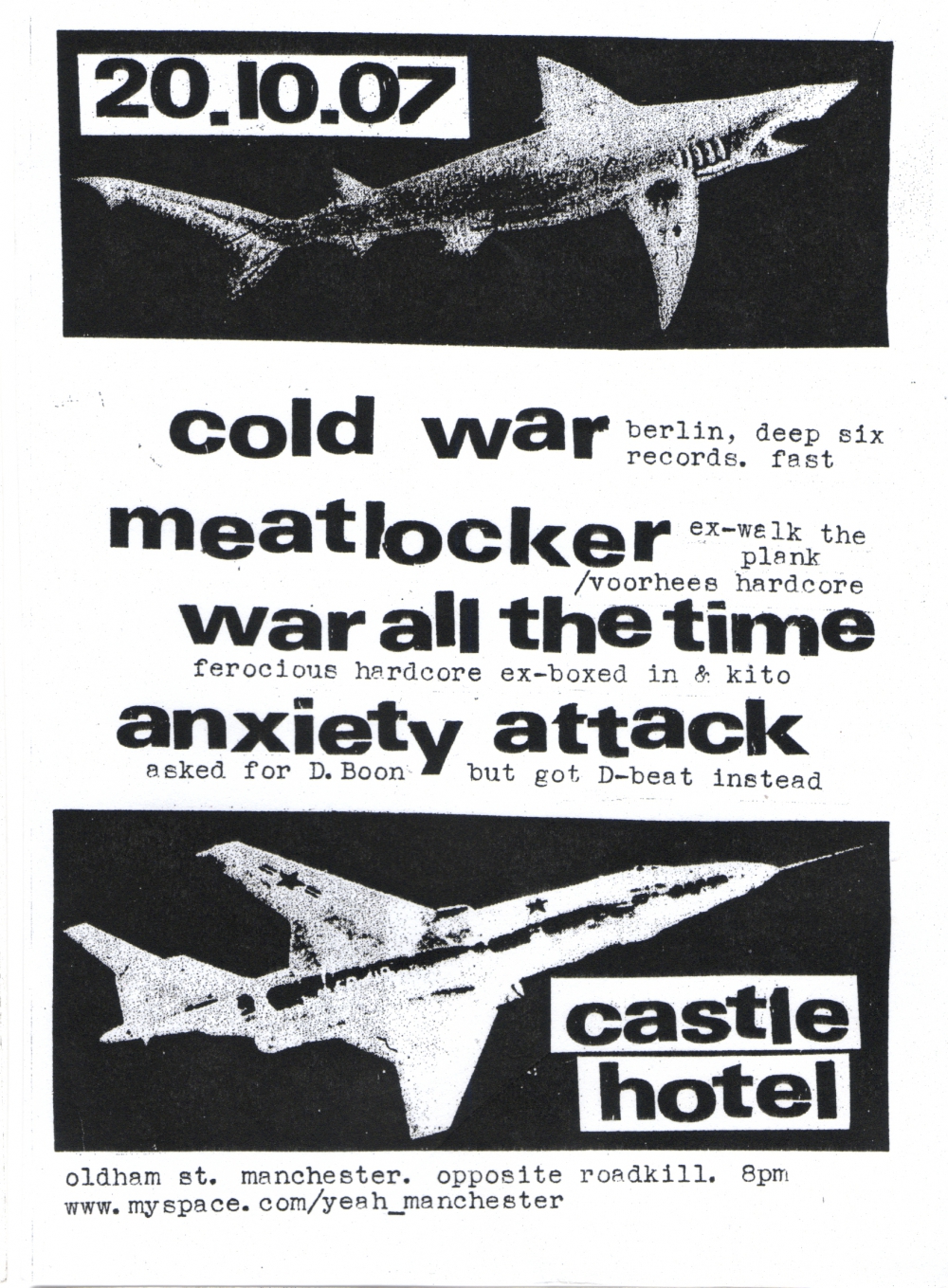 COLD WAR were from Germany and had records out on Deep Six. I didn't realise at the time, but they also featured the bassist from Monster who cleaned our kitchen spotlessly when I'd put them on in 2005.

MEATLOCKER were a band with Lecky from Voorhees on vocals and I think 3 Australian members who were then living in London and possibly played in Extortion. They had a demo tape and an LP which is probably up on blogs or even in the odd distro still.

WAR ALL THE TIME were fantastic too, quality fast hardcore from Bradford/Leeds area. ANXIETY ATTACK were the one local band, I have written about them elsewhere.

Flyer by Anthony, though the gig was put on by Yeah! promotions. I was dead pleased with the images I found for this one, and the lettering is genuine reb-on letraset.
Artefact added : 4th July 2016
by storminateacup