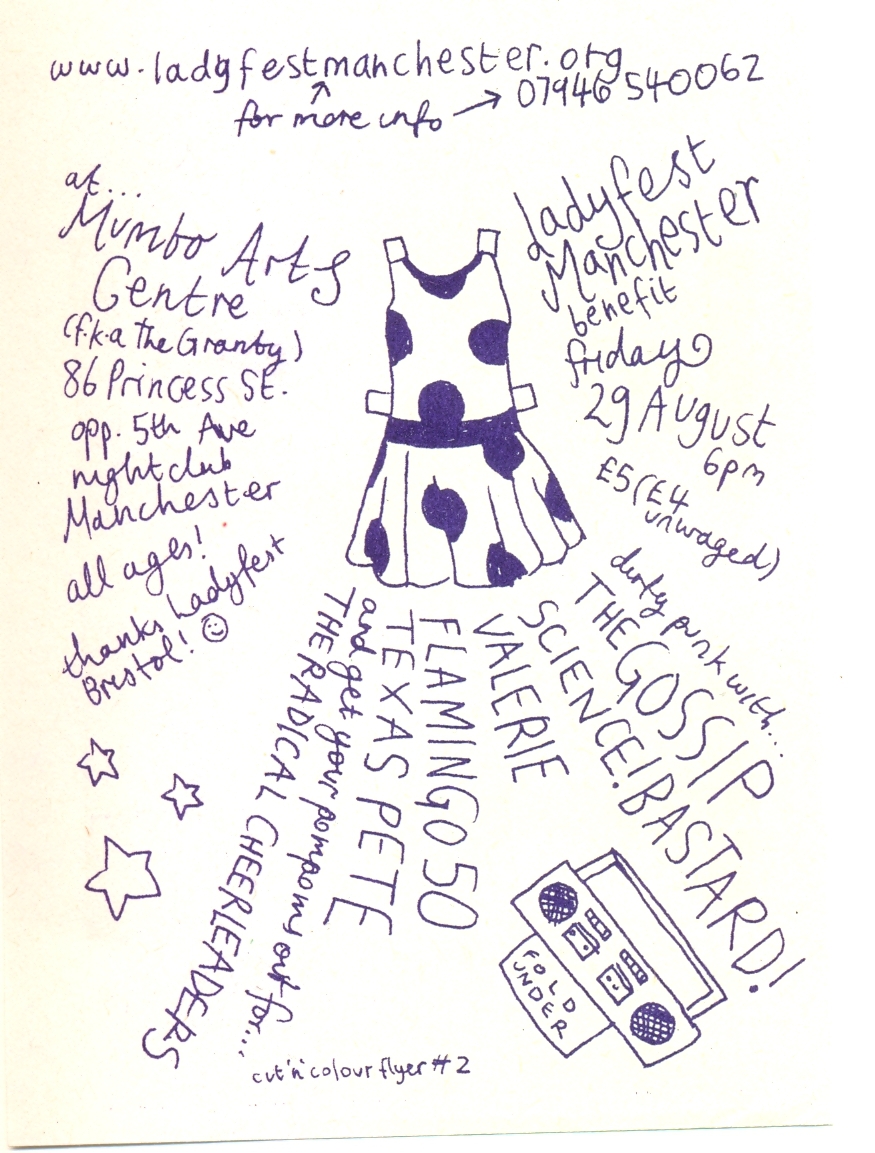 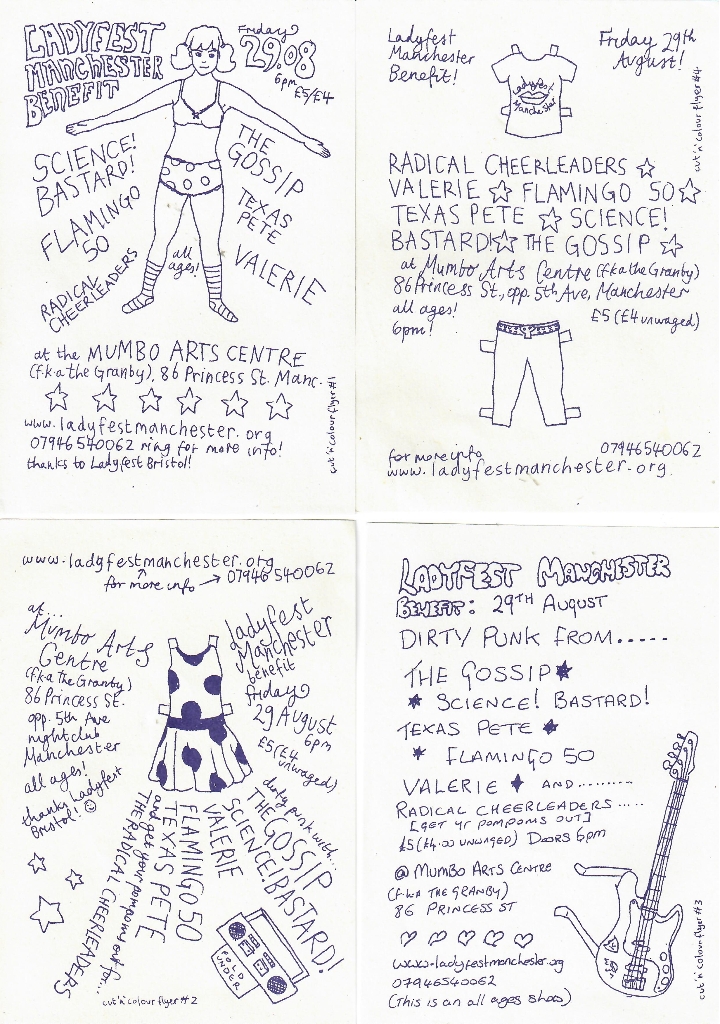 THE GOSSIP! From around the time Movement LP came out (their mainstream sucess was around 3 years later).

Gig at the Mumbo Arts Centre (formerly the Cyprus Tavern). Filed under VALERIE, a Manchester band who also played.

FLAMINGO 50 headlined one evening of Ladyfest Manchester 2003 a couple of weeks later, held at the Zion Arts Centre in Hulme. Amongst other bands who played that year were McWatt, Gertrude and the unforgettable Sissy Boyz.

Abigail Says –
Thanks for the lovely uploads. I think this is my favourite so far.
If you'd like to leave a comment, please Login. Login
Manchester Digital Music Archive is licensed under an
Attribution-NonCommercial-ShareAlike 4.0 International License.
Charity no. 1164179
Our archive currently contains 3821 Bands, 747 DJs, 1444 Venues, 302 Industry Professionals and 29180 artefacts contributed by 3960 members.