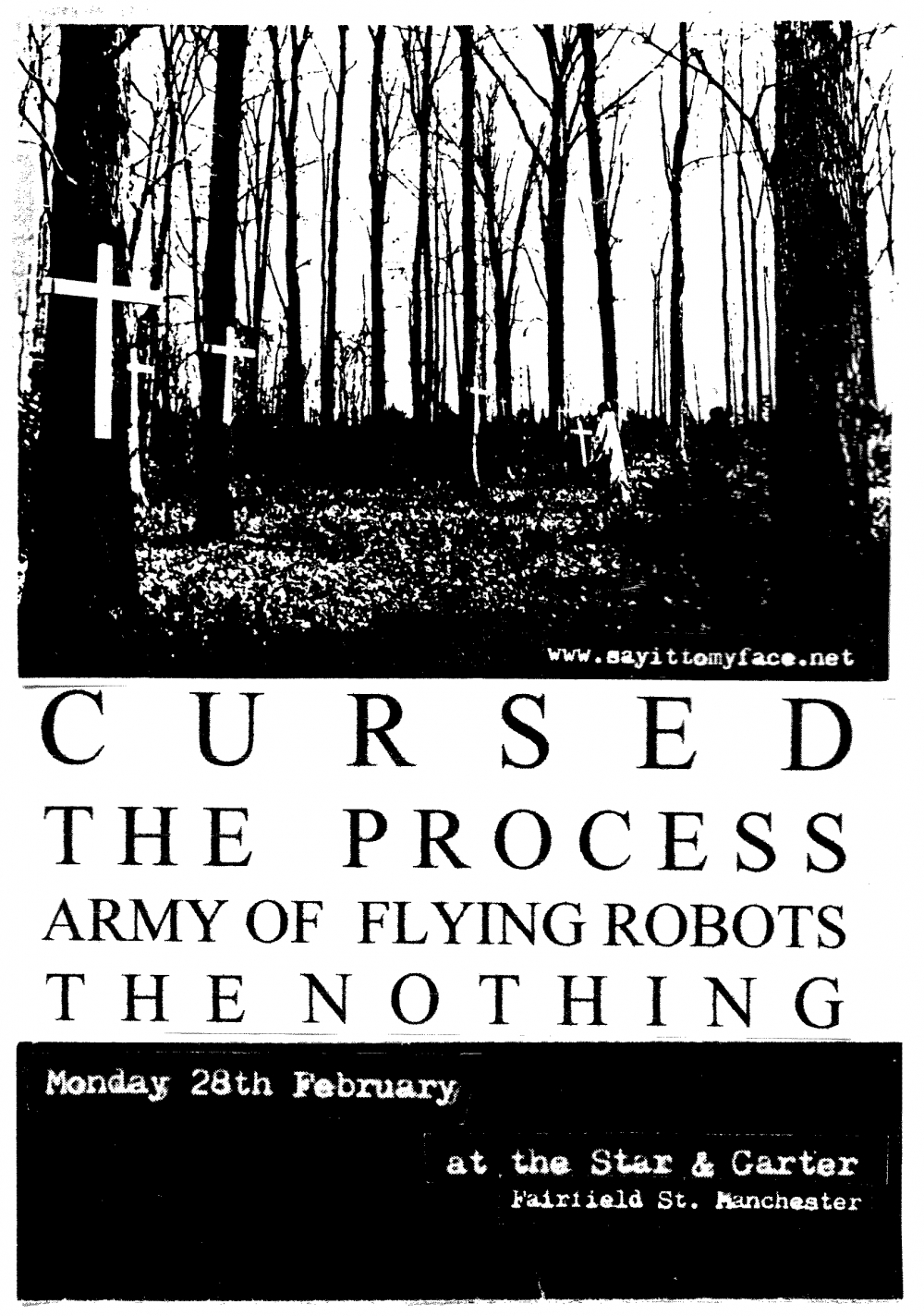 Canadian band CURSED, from the tour around the time "II" came out. See link below for more info. Most people know them as Chris Collohan's band between Left For Dead and Burning Love.

According to my records, The Process pulled out and THE HORROR from Leeds played instead. Typical DIY gig of the time (I include my own in this) where 3 'local' supports would include maybe 1 person who lived in Manchester (in this case, one of AOFR)

Flyer by Anthony. I was really pleased with the image, found in a discarded "Whole Earth catalogue" from the 1970s, until I discovered it was also used on the second Drop Dead LP, making it look really lazy.
Artefact added : 5th July 2016
by storminateacup