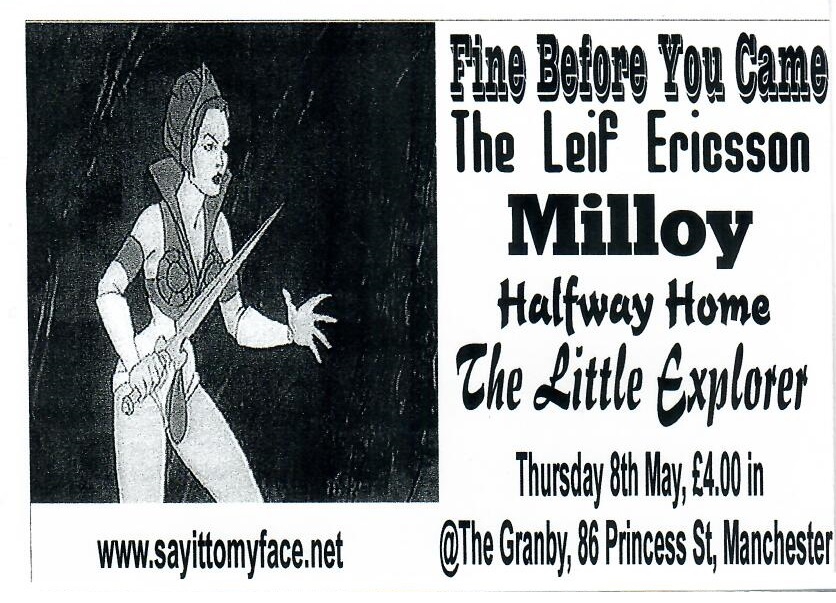 So for some reason I didn't go to this, even though I distinctly remember having the FBYC CD played around our house, the touring band staying with us and being the nicest guys ever, and even watching some footage of the gig with them which looked insanely good, a real end-of-tour party vibe. THE LITTLE EXPLORER I've also enjoyed a lot since, these went on to form Crash Of Rhinos and Biff now plays as Richard J Birkin and has a great solo record out on Reveal records... I've linked TLE 2nd LP album below.... THE LEIF ERICSSON were from Manchester, they had a split with MILLOY too which is fairly decent if you like melodic punk rock.

In 2003 the Granby/Cyprus Tavern was run as "The Mumbo Arts Centre". I am uploading a number of flyers of DIY gigs from that era. See my flyer for The Capitol City Dusters for a little more info.
Artefact added : 19th July 2016
by storminateacup