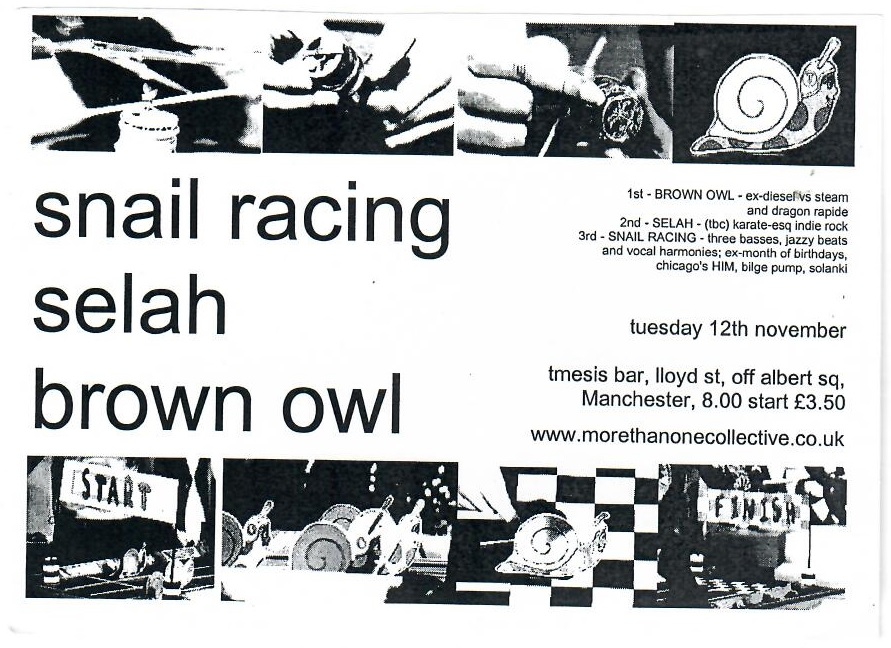 The wonderful SNAIL RACING playing at Tmesis - wish I knew more about this building/space - really unique room, everything painted white and lots of strange columns and corners too watch bands from. I have some photos from this gig to follow.

I didn't summarise SNAIL RACING's make-up brilliantly (just going on what I was told!), they were: on bass Heather (Imbiss, had a 7" on Subjugation a few years previously), also on bass Cath (who later played in Threads but was also on Month Of Birthdays 2nd lineup, and superior full-length "Lost in Translation"), on bass again Seth (Baby Harp Seal, 7 Hertz) and on drums Neil Turpin (Baby Harp Seal, Bilge Pump, Polaris, also played with HiM and Yann Tiersen). I actually have/had a tape recording of their set, not great quality.

LITTLE GIRL WITH CHERRIES played in place of Selah, with BROWN OWL promoted to the middle of the bill.