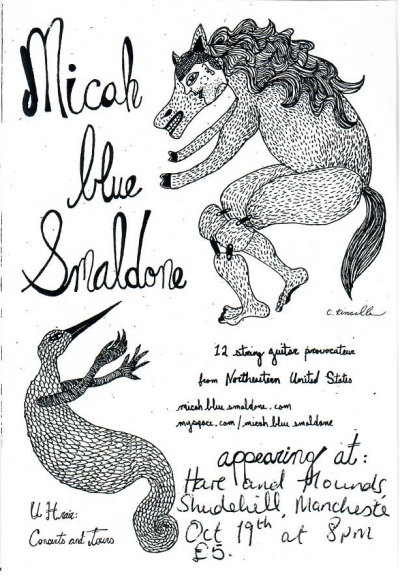 Found the year of this one because I remember Richard Thompson was playing across town at the Bridgewater Hall, and Micah appropriately covered one of his songs (you can hear a big RT influence in Micah's 2nd and 3rd LPs). I think he'd rather have been at that gig instead of playing, I remember he was a bit poorly and did mainly instrumentals.

The flyer is by Colleen Kinsella, who played with Micah in Fire On Fire (they released one album on Michael Gira's Young God records).

One of a handful of gigs at the Hare & Hounds on Shudehill, in their cosy upstairs room.
Artefact added : 19th July 2016
by storminateacup