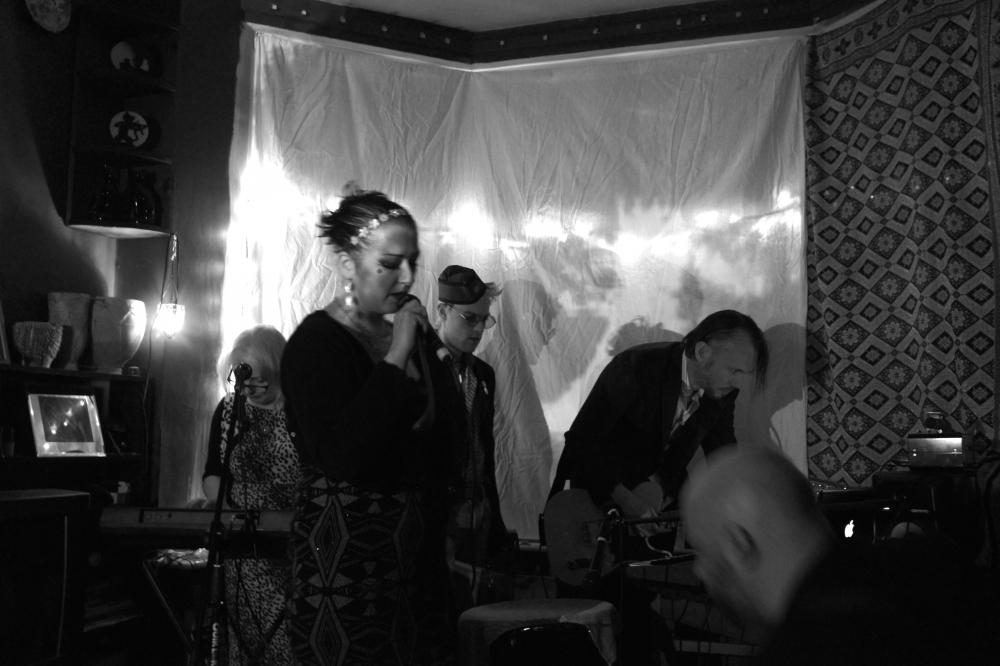 A photograph of vVULVAa (pronounced 'MOTHER') at their first gig/rehearsal recording 'Theatre For The Peasants.'

This, the first in a series of four releases in 2016, each written and recorded on the day/night of the Spring Equinox, Summer Solstice, Autumn Equinox and Winter Solstice.

Everything heard on this release was devised and recorded live in the order heard on the record – no overdubs/edits/post-production of any kind – except giving the different sections titles and separating them with minimal fade points.

This line-up consisted of Una Baines (co-founder of The Fall/Blue Orchids/Fates/Poppycock), Rose Niland (of Rose & The Diamond Hand/Poppycock), Mark Corrin (Shirokuma) on bass and Charlie Bergmann and David Fox (both of St Lucifer) on drums and noise/guitar/production respectively.
Artefact added : 24th July 2016
by CharlieB