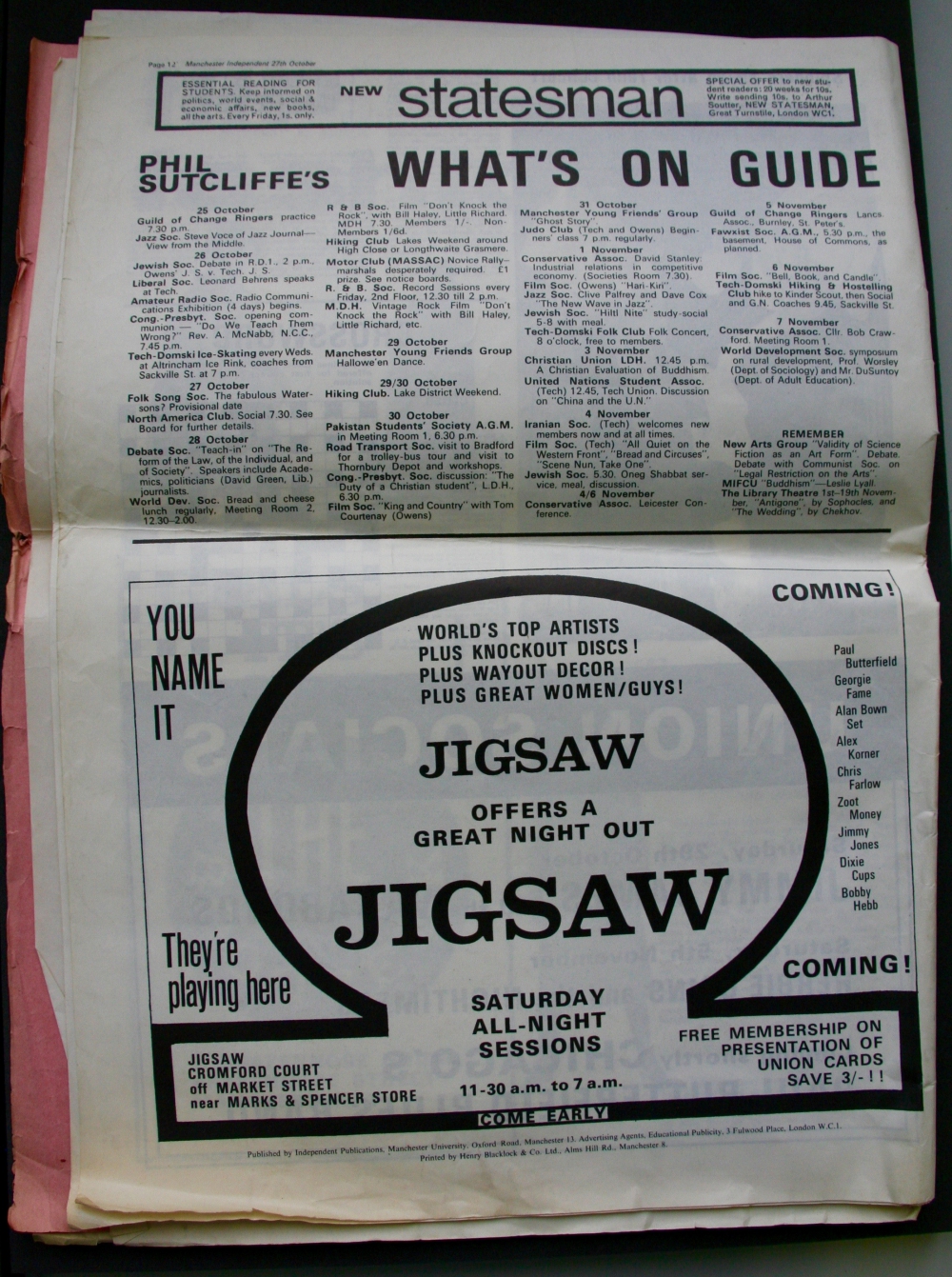 A wonderful advert for the Jigsaw, Cromford Court, off Market Street, taken from the Manchester Independent newspaper, published and edited by University of Manchester students.

Members of the University of Manchester Students' Union were allowed free membership to Jigsaw.

The Jigsaw hosted all-night sessions. It says here from 11.30am to 7am - I'm assuming that's another typo.

OT Says –
Nice. I'd be up for the discussions about 'the fabulous Watersons' (folk Soc.) and the 'new wave in jazz' (Jazz Soc.) too...

cpl Says –
The Paul Butterfiekd Blues Band! I remember! They did a double header and played the second set at The Birdcage in Ashton.
If you'd like to leave a comment, please Login. Login
Manchester Digital Music Archive is licensed under an
Attribution-NonCommercial-ShareAlike 4.0 International License.
Charity no. 1164179
Our archive currently contains 3860 Bands, 758 DJs, 1458 Venues, 316 Industry Professionals and 29647 artefacts contributed by 4037 members.