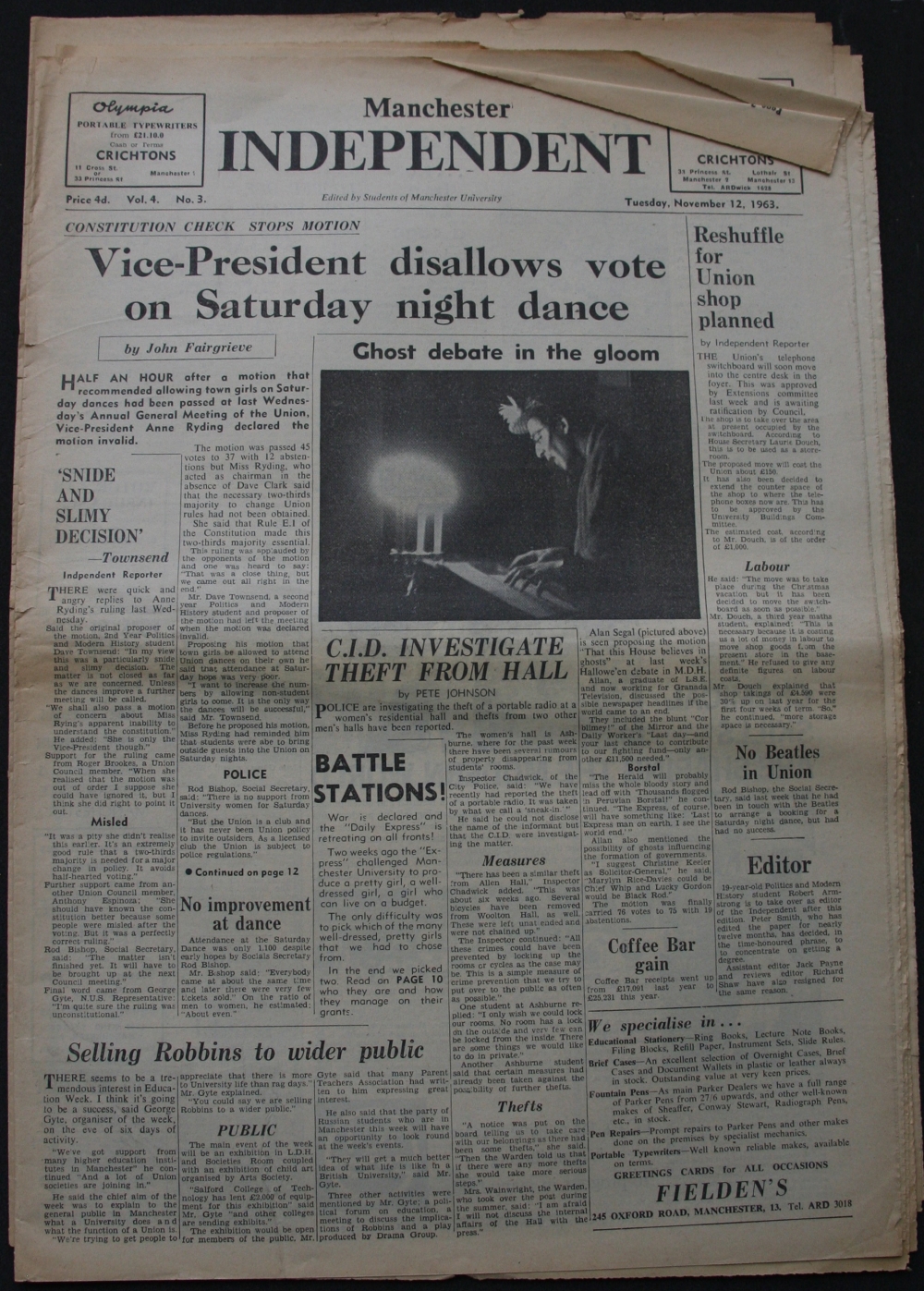 A paragraph culled from the front page of the Manchester Independent newspaper, published and edited by University of Manchester students, possibly to stave off constant requests from students to the Social Secretary.

A fortnight later, the Independent carried a front page photo of Paul McCartney meeting a female fan at the Beatles' concert at the ABC Cinema, Ardwick.