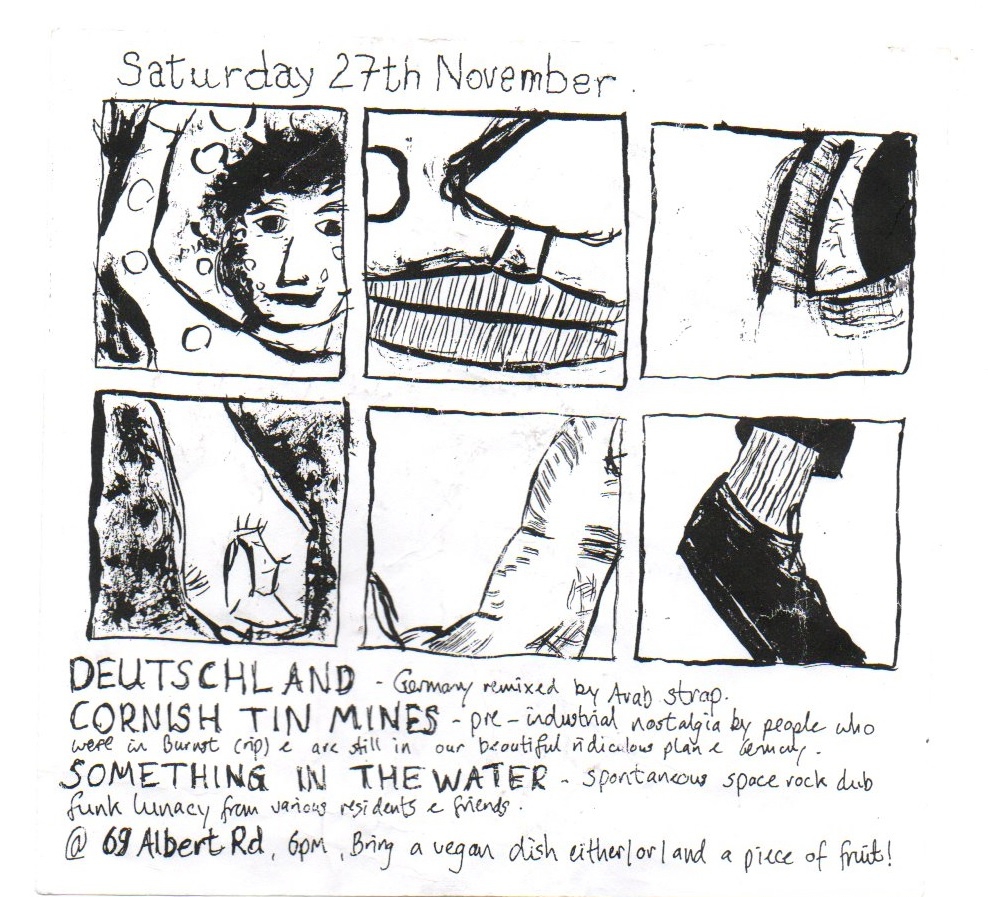 "Three new bands.... and two people came: David (who we knew from ALL FM and Last Harbour) and Katie (Some Girl with a Computer, who played at another basement gig). Deutschland was my reinterpretations of songs I'd heard Germany practicing in the basement through my bedroom floor, reworked or pre-recorded on piano, keyboard and nylon string guitar. I wanted Cornish Tin Mines to sound like early Promise Ring but they never strayed that far into college-rock emo territory. They did well as a mostly instrumental band, bringing their precariously-balanced rock to other small spaces that year (here, number 31, Fallowfield's Trof bar and Withington's Fuel), including Graham 'guesting' on unrehearsed vocals for a few gigs. They eventually broke up because their songs were too complicated to remember between practices. Something in the Water was residents Liam and Dave with some other folks jamming, which I remember very little about.

I can't remember if anyone brought a piece of fruit either...."