Dead To The World
Flyer
The Phoenix
30th March 2005 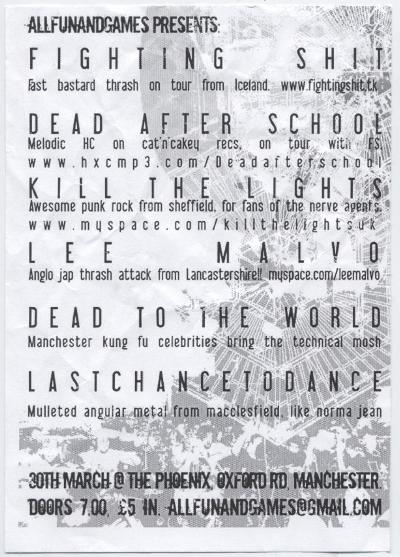 Hardcore gig on the top floor of the Phoenix, not sure who put it on or designed the flyer, but possibly one of the local bands.

FIGHTING SHIT (Iceland) were something like a thrash version of Unbroken; they were fairly good on record but insanely fast live. Notable for having a young Ólafur Arnalds on drums (who would have played over the road at RNCM a few years later - in between which I caught him playing with string quartet in a freezing Islington Mill attended by far fewer people than this one.)
Artefact added : 8th August 2016
by storminateacup