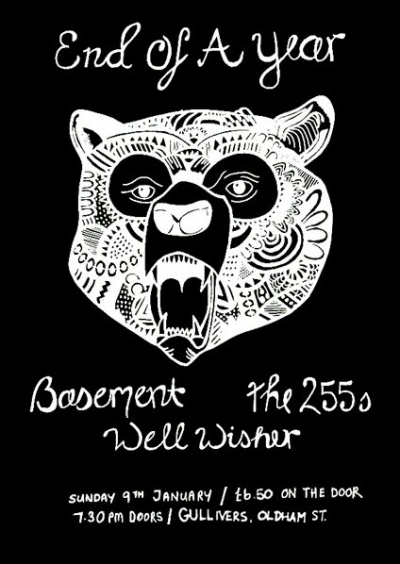 END OF A YEAR (also known as Self Defense Family and various other names, and originally from Albany, NY) return to Oldham Street. Ipswich band BASEMENT could well be the bigger name these days as I've seen them advertised at the Academy venues, although I don't remember watching them at this gig. Manchester pop punk band the 255's also down as playing.