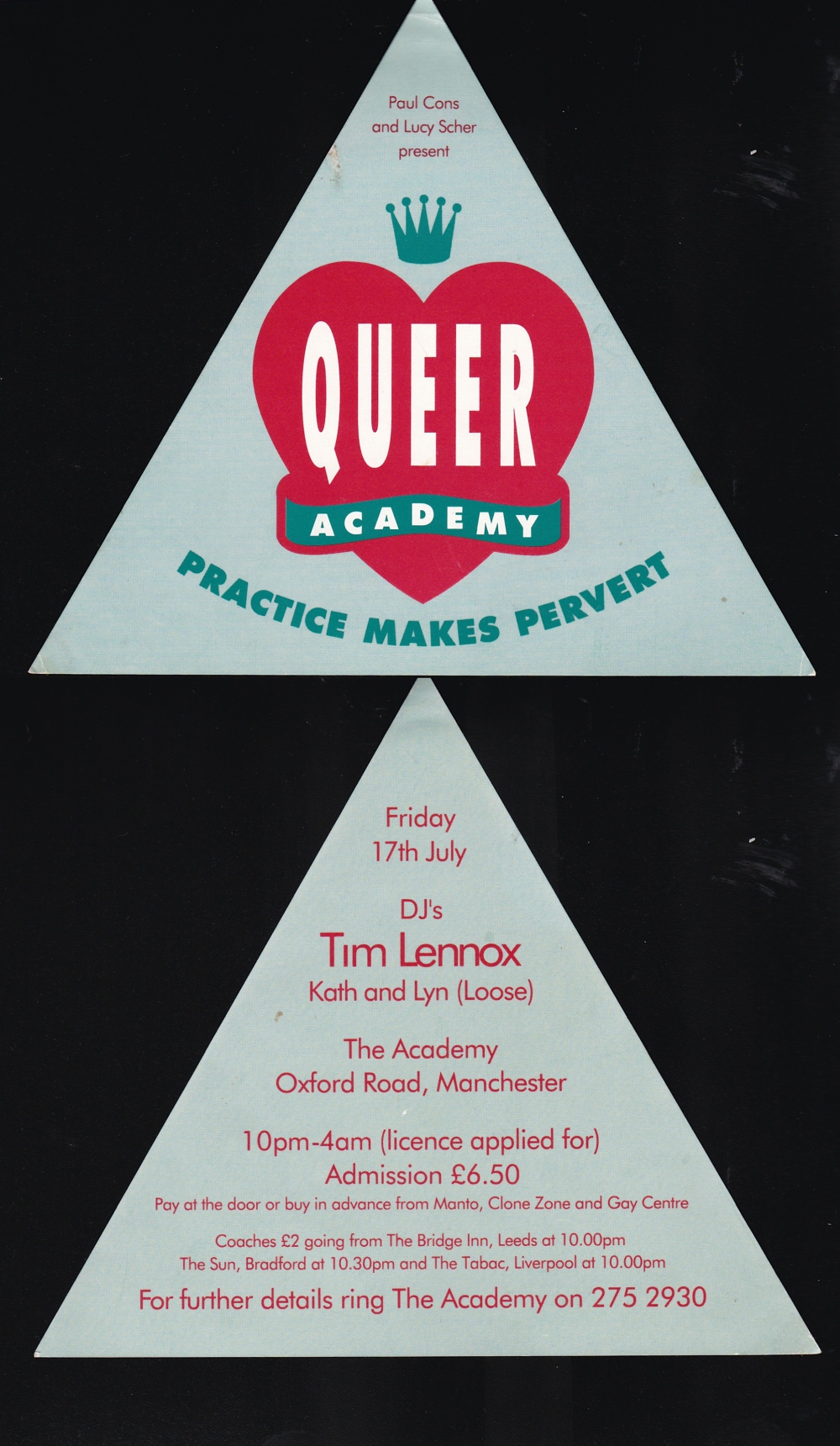 Flyer for Queer Academy - a multi-floored LGBT rave promoted by A Bit Ginger (Lucy Scher & Paul Cons), the team behind the hugely successful gay night Flesh at the Hacienda.

A write up from City Life suggest that the plan was to make Queer Academy a regular bi-monthly club night. This didn't happen. My guess is that Paul & Lucy wanted to do a weekend event in Manchester (Flesh was on a Wednesday), and so experimented at the Academy, but for whatever reason it didn't work out.