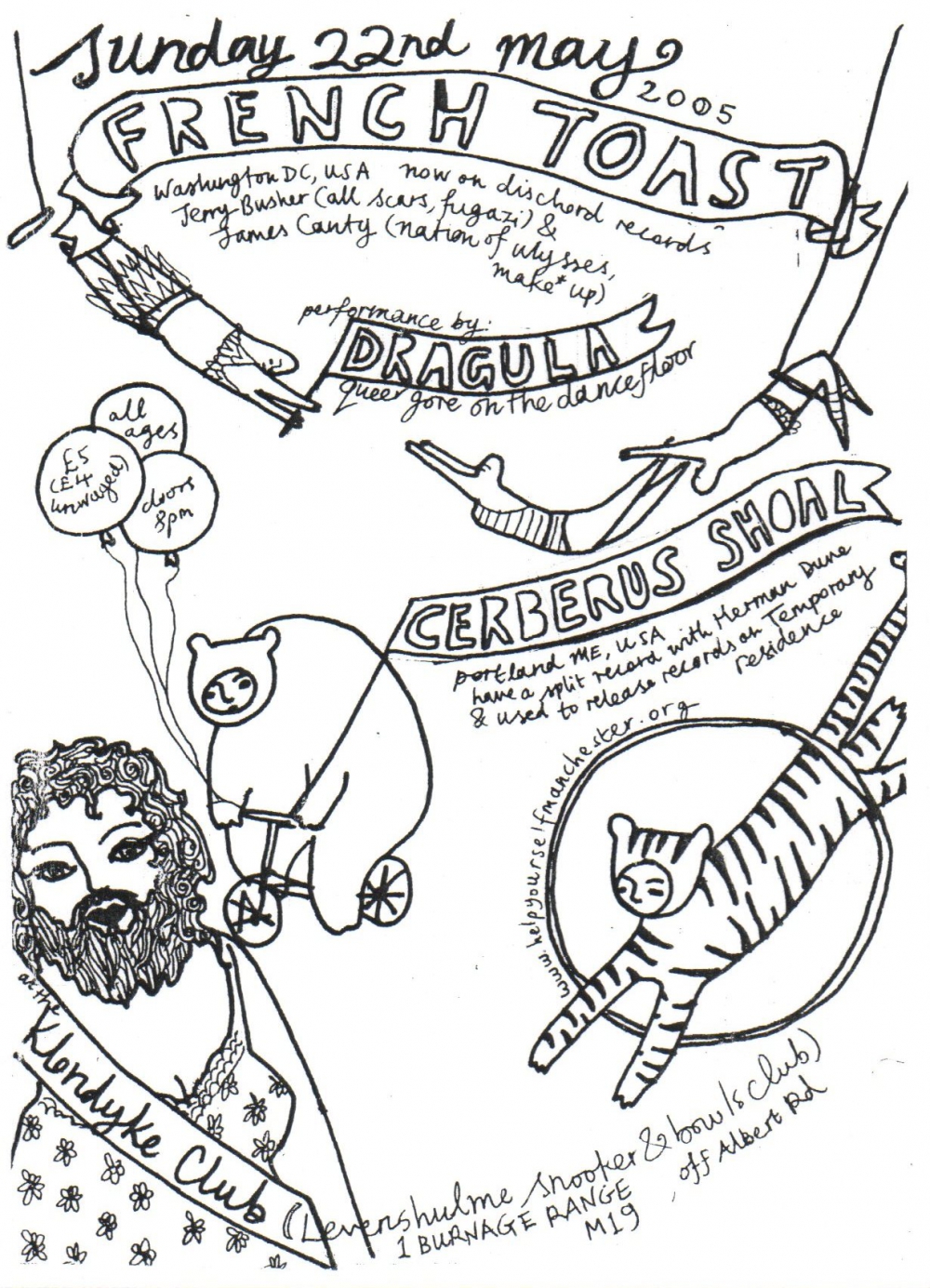 Two tours combine at the Klondyke (to be bettered a month later when Dalek, Enablers AND Acid Mothers Temple all played on the same bill). Dischord-associated band FRENCH TOAST played last after Whalley Range-based DRAGULA had wowed the crowds with Michael Jackson. This was the second night running I watched CERBERUS SHOAL too (some photos possibly to follow).

I always tell people my favourite part of this gig was Jerry Busher adjusting his drum set whilst James Canty was talking to the crowd, then as he sat down again he misjudged it and fell backwards off his stool, through the curtain covering the fire escape doors and essentially OUT OF THE VENUE (possibly down a step or two, nothing too dangerous). He then came back in arms raised, expecting mock-applause for his pristine You've Been Framed moment, only that -no one- in the audience acknowledged it - to this day, I genuinely think I was the only one who saw that happen.