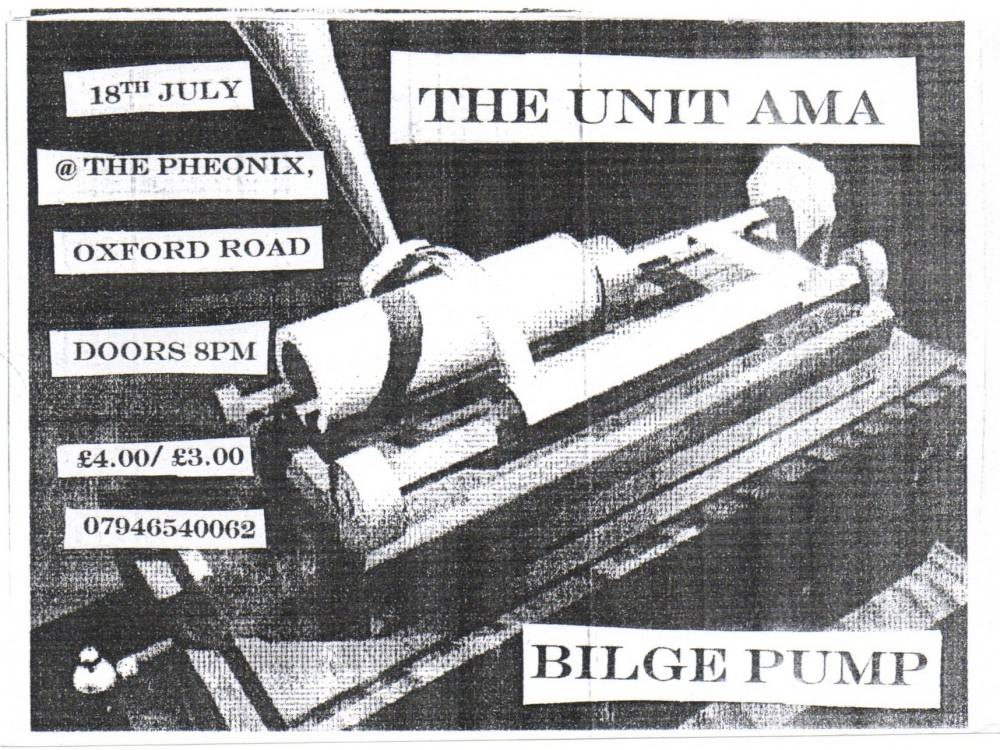 The second of many gigs at the Phoenix (on the University bridge), the first being We Start Fires, The Holy Terror and Cat Attack! (23 June, I think also put on by Sarah), then the following evening there was Andy, Glenn & Rich etc, the first of Daniel's ones.

According to my records Bilge Pump cancelled, and dbh played (what I presume was) a solo guitar set instead - possibly his first solo gig? As of 2016 he's now put two solo LPs out that you can find linked in his other artefacts (soon, if not at the moment).