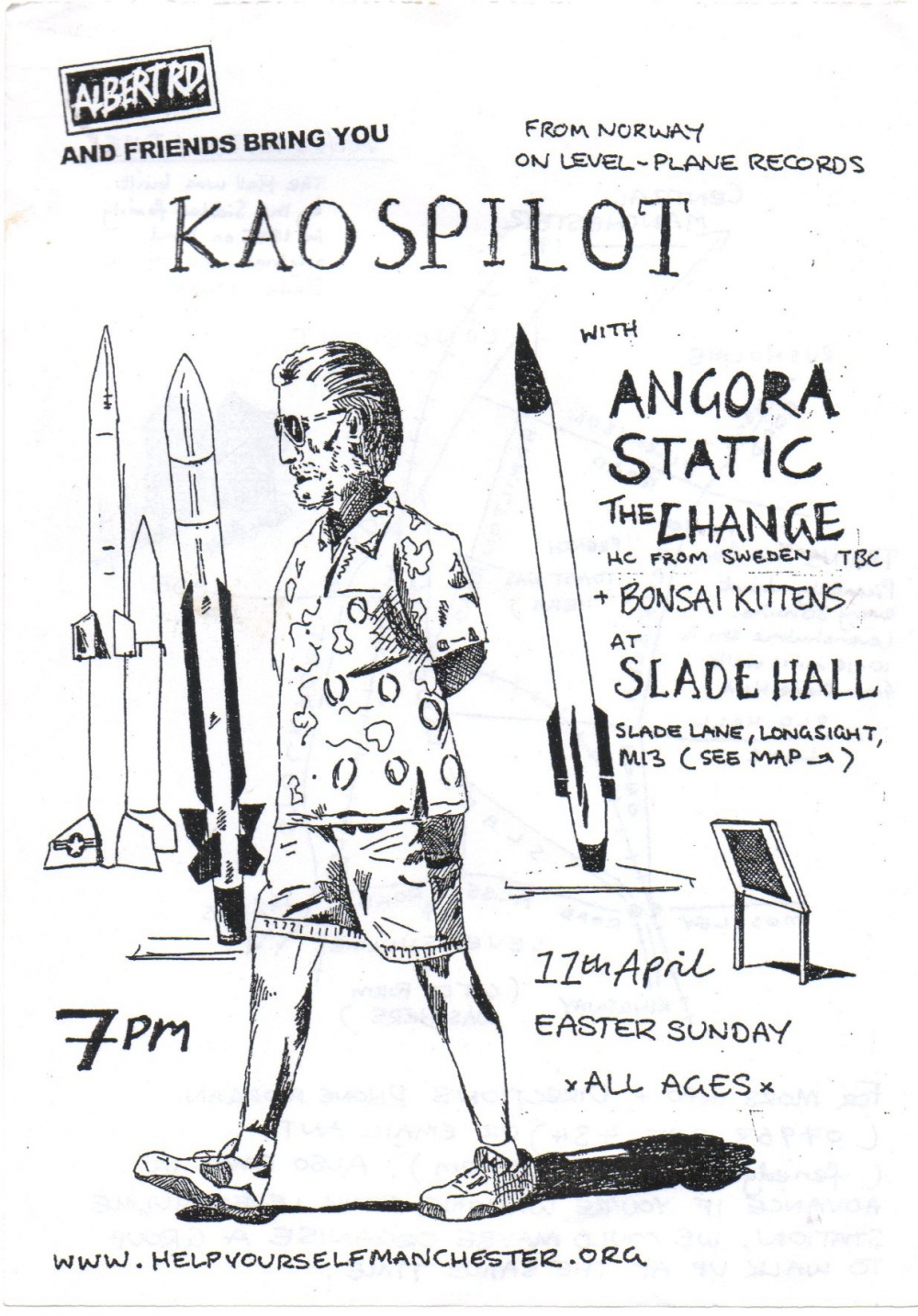 Norwegians KAOSPILOT, house gig at Slade Hall in Longsight. Pretty cool mixed bill with female synth-pop duo BONSAI KITTENS breaking up the all-male screamo vibe.... ANGORA STATIC also playing (that's made it sound like both were really macho bands, not really true either)...a melodic punk band called Diefenbaker played too, I don't remember them being much good but I think they were on tour and needed a gig and we'd already dodged the bullet of feeling obliged to put an out-of-place youthcrew hardcore band on the bill, so why not make the same mistake again?

This was the first of three (what I can loosely refer to as) emo gigs in 2004 at this Elizabethan mansion in Longsight. Click the venue link for more on the others. I think this was something of a big party house too, based on the way they were so unfazed by having their living room turned into a music venue.

Flyer by Anthony, based on a photo of a vet wandering round a weapons museum in the States; not meant to look like he's lost an arm, mind you.
Artefact added : 16th August 2016
by storminateacup