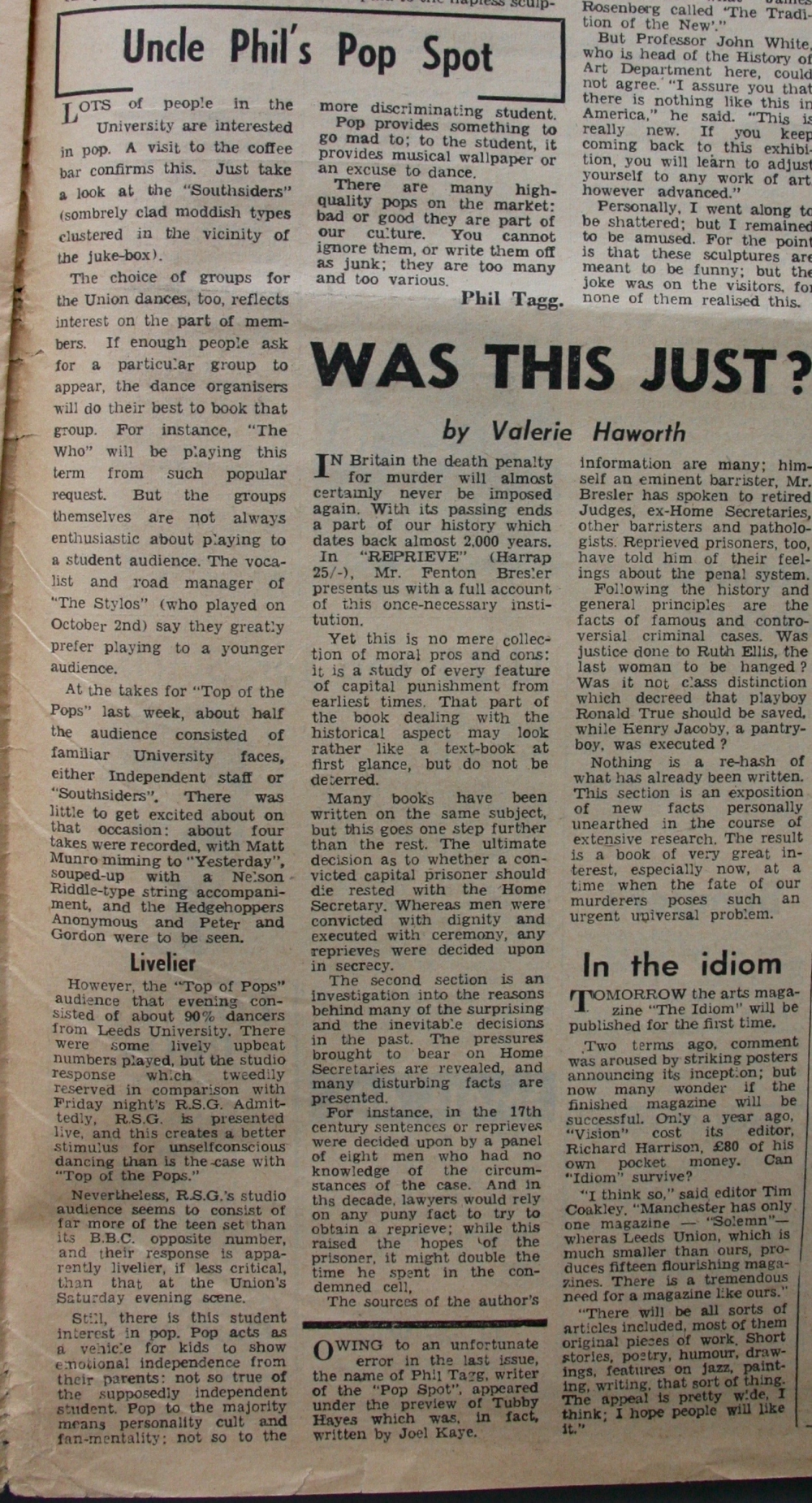 An intriguing piece on the student pop scene and Top of the Pops, which at that time was filmed in a disused Wesleyan chapel on Dickenson Road, Rusholme (former home of Mancunian Films).

He also mentions The Who's imminent visit to the Union.