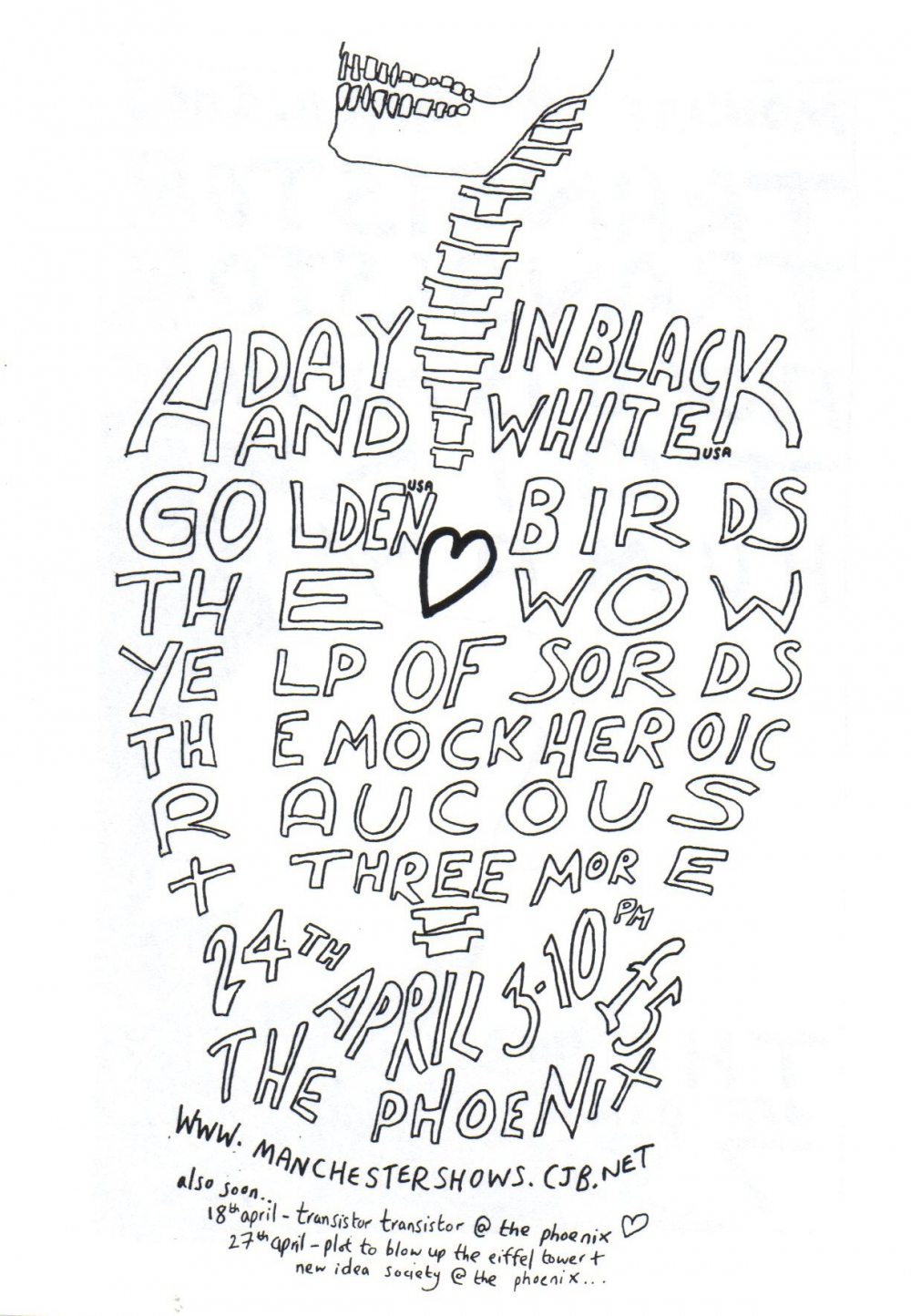 Alldayer at The Phoenix (on the old University bridge). I think the final lineup was :

ADIBAW, Golden Birds (both heavy DIY screamo/hardcore bands from the States... neither really stick in my mind, but these were the stock-in-trade of many of the Phoenix gigs around 2005 - they drew the kids in and usually the rest of the bill that was more varied)

THE WOW (jerky indie rock from Stoke, much more uneasy listening compared with drummer Doog's previous band Spy Versus Spy. Had a CDEP out on Hermit records (Leeds) and a few other songs on various compilations)

YELP OF SORDS (a solo project of Dan from Brighton and Cat On Form, acoustic guitar and cathartic screaming.... less music, more a form of therapy; that was perhaps even his description. It may have been this time he didn't even finish his set.)

THE MOCK HEROIC (people formerly of Norwich's excellent We Close Our Eyes with Conor later of Mob Rules on drums. I put them on in 2006 and 2007 and they were definitely one of the few bands in the UK that I would consider equal to American equivalents like Off Minor. They left behind one 7" and a full-length CD on superfi which shows them really going for a more technically complex sound without ending up too noodley.)

CHILLERTON, CIRCUS ACT (two melodic punk bands from the South coast. I'm afraid I wasn't too fussed by either but a lot of people swear these were the best doing this No Idea records/Hot Water Music-influenced sort of thing)

RAUCOUS (downtuned Manchester metal. Something like Neurosis perhaps...the heavy band of dbh in pre-NASDAQ days and possibly people from Archer/Year of the Monkey)