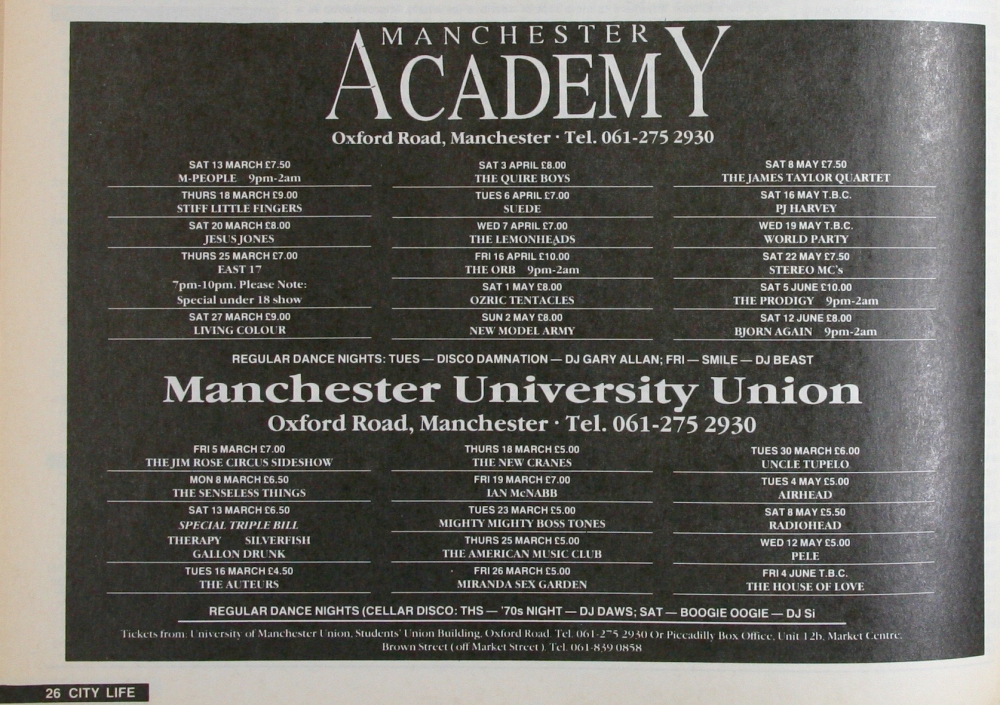 This listing advert for Spring 1993 includes boasts an impressive line-up.

A few highlights here: Suede were breaking girls' and boys' hearts whilst living up to their best new band in Britain accolade, M-People have risen from the club gigs and would soon be selling out multiple nights at the NYNEX Arena, the Jim Rose Sideshow circus (a travelling human freak show) provided sick bags to queasy audience members and PJ Harvey was touring her magnificent Rid Of Me album.

One listing stands out as a memory for me, East 17's appearance in March was in support if their chart topping Walthamstow album. A girlfriend of a friend was dispatched to review the show for NME and reported back that the energy and noise was the most electric she's experienced in the Academy 1. The band played for about 40 minutes and wouldn't return to the stage for an encore until the audience reached a certain level of a digital clap-o-meter. What a great idea... I think venues should start to enforce these at every gig.

Did you go to any of the shows listed on this advert? Tell us your story if so.