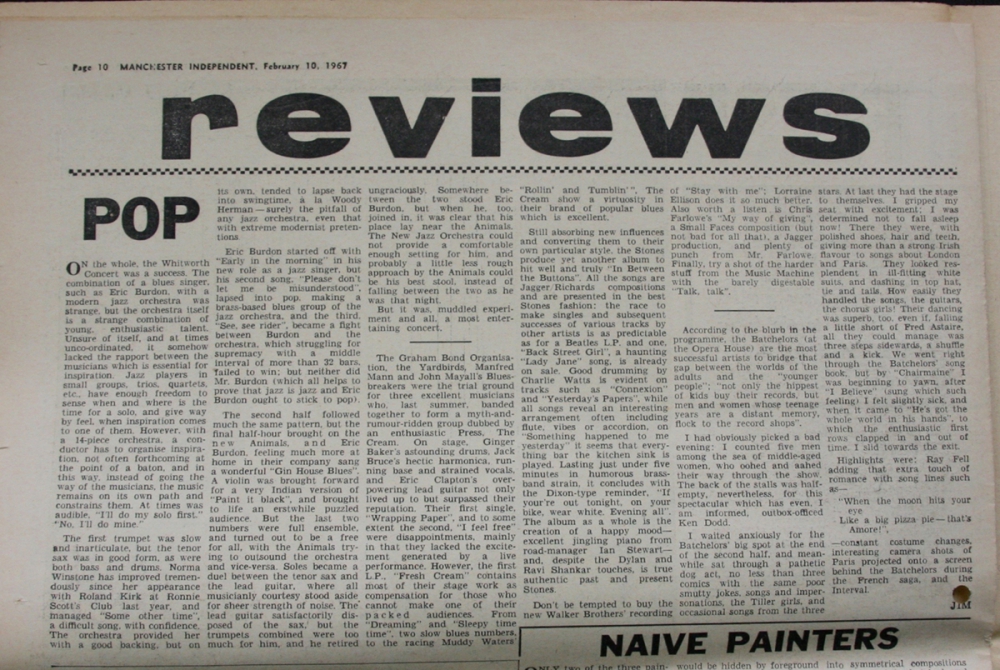 Interesting review of Eric Burdon's experimental jazz venture New Jazz Orchestra at the University's stunning Whitworth Hall. (This is where graduation events are held now. Not to be confused with the Whitworth Art Gallery). Despite an initial 'slow and inarticulate' trumpet, the gig and venue appear to have gone down well!

The Cream (as they were known) at MDH are also reviewed. There was a big press buzz around the formation of the band, due in part to Clapton, Baker and Bruce's previous work with the Graham Bond Organisation, the Yardbirds, Manfred Mann and John Mayall's Bluesbreakers. Judging by this review, they hadn't fully found their feet as a unit. Cultural historian and MDMarchive co-chair CP Lee was there and found the interminable drum and guitar solos a bit of a trial!