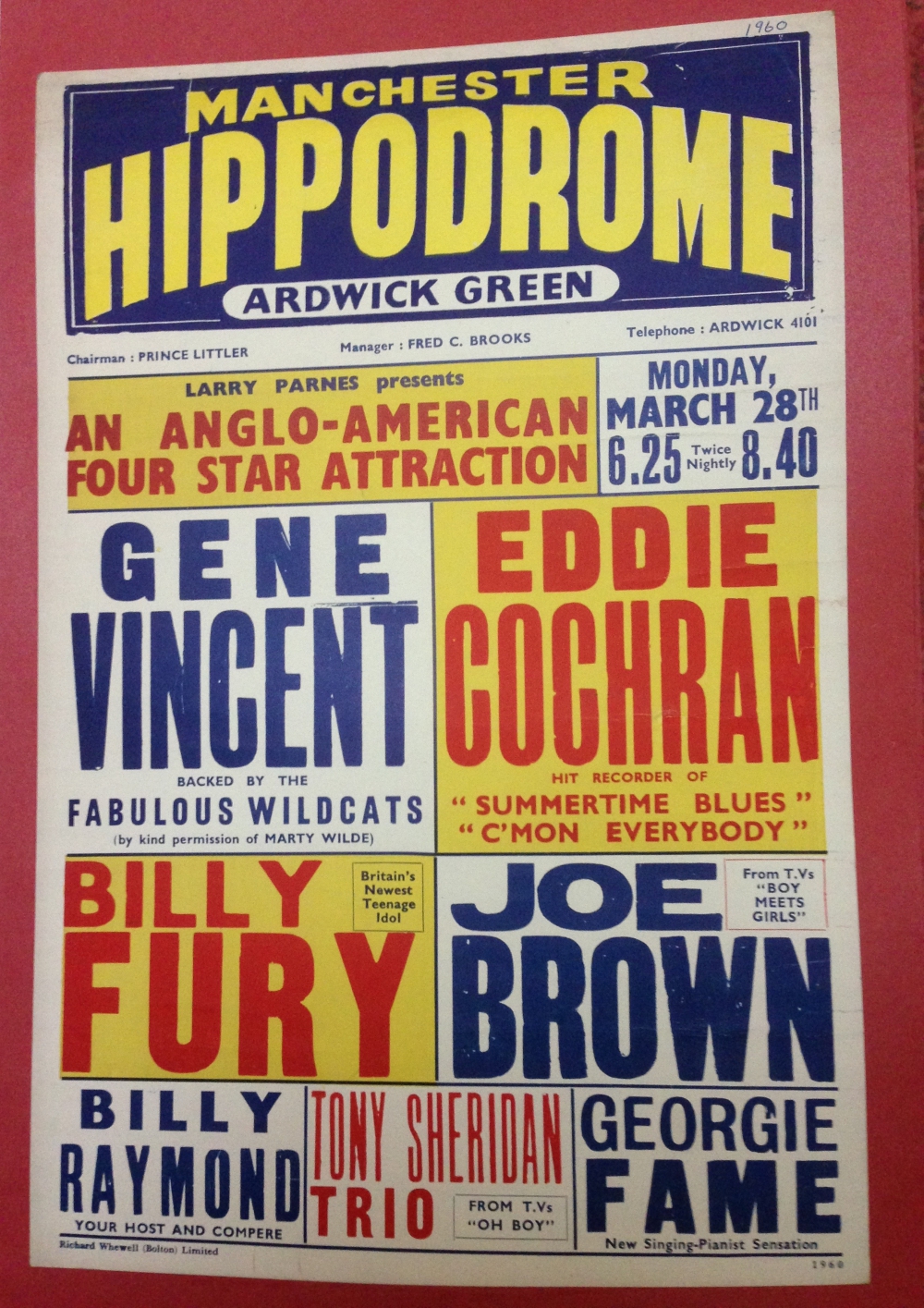 A wonderful playbill taken from the collection at Manchester Libraries, Information and Archives. This was on display tonight as part of the Life's a Drag exhibition led by artist Jez Dolan.

Looks like Marty Wilde lent Gene Vincent his band for this tour!

Odd to think of this splendid building so close to the Apollo, now vanished.
Artefact added : 25th August 2016
by Abigail