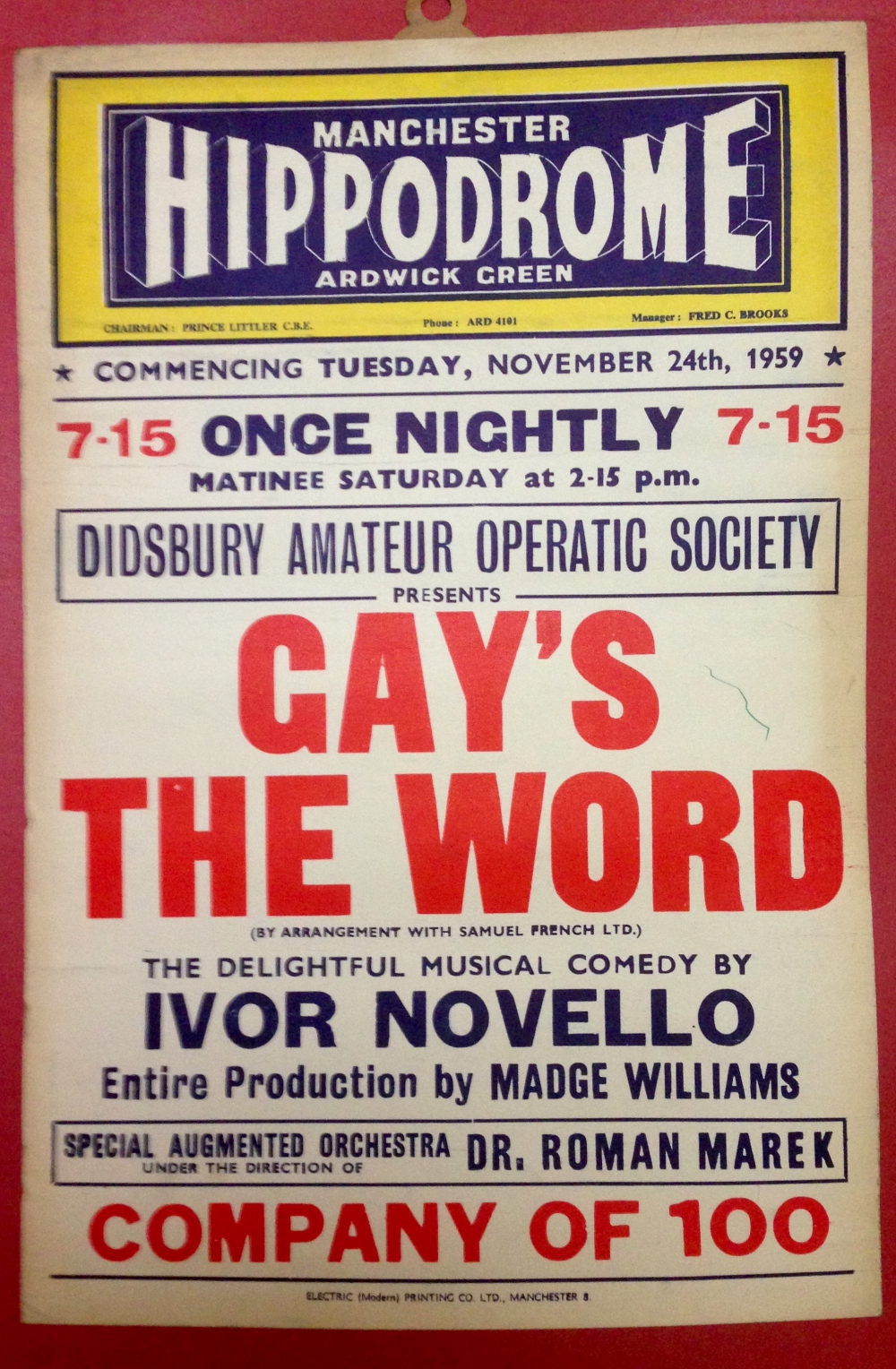 A wonderful playbill taken from the collection at Manchester Libraries, Information and Archives. This was on display as part of the Life's a Drag exhibition led by artist Jez Dolan.

Odd to think of this splendid building so close to the Apollo, now vanished.

There follows an excerpt from Philip Hoare’s biography of Noel Coward :

They met on the pavement outside the Midland where Noel Coward’s ‘illusion of this romantic handsome youth drooped and died in the gutter'. Novello’s face was yellow and unshaven, he was dressed in a shabby overcoat with an astrakhan collar and wore a battered brown hat. Noel could have easily mistaken him for a busker and thrown him a few coins. Novello invited Coward to see his musical ‘Arlette’ and afterward they had tea in the Midland. As Novello shaved and changed for dinner Coward watched him transform into the matinee idol. ‘I just felt suddenly conscious of the long way I had to go before I could break into the magic atmosphere in which he moved and breathed with such nonchalance.’