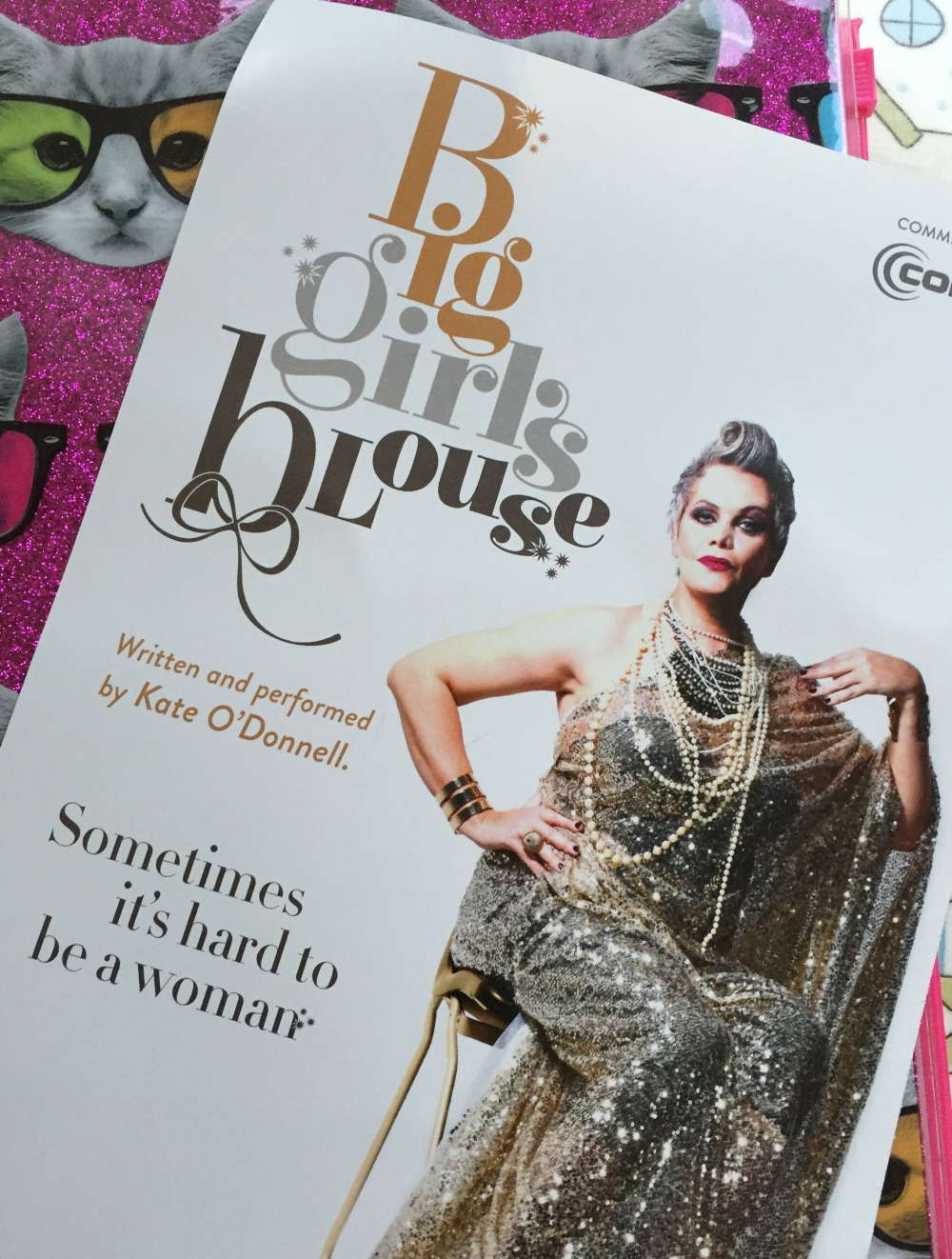 Big Girl's Blouse is an incredibly moving exploration of Kate's journey through life as a lonely but 'fabulous' young boy, a gay man, a drag artist, and eventually a trans woman.

In the 90s Kate and her drag partner Coco LaVerne (now responsible for the wonderful Pansy Project) performed at many queer nights in Manchester, such as Flesh at the Hacienda.

In an interview with The Widow Stanton, Kate describes her show as:

'A glamorous theatrical show celebrating glamorous theatrical me. It’s quite an uplifting show. Some people are struggling with that, when it’s a transgender show. Often transgender stories are depressing and sad… terrible time, family reject them, and that’s probably all true for a lot of people and probably true for me in some ways but I consciously decided to make a really humorous show. I’m not bitter about my past. I wanted being in the room with a transgender person onstage to be positive. It’s moving; a lot of people say they laughed and they cried and I’m really happy with that. I wanted to rebrand how transgender people were seen a little bit. It’s very entertaining and euphoric and has a big theatrical ending…'

‘This was a truly humbling performance. How to turn a room of most strangers into a family - in an hour. I'm still laughing, still moved but mostly I'm impressed. Tight, elegant and fearless - just like Kate.’

See link below for trailer.