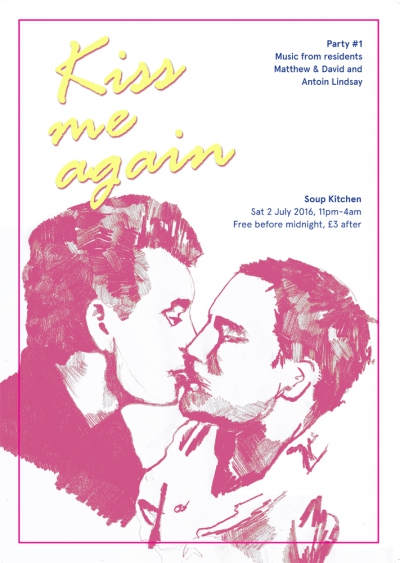 I'm posting this song - well this particular remix of this song - because it took me by surprise. It's a very well-known song, I've had the record since it was released in 1994 and I bought the 12" in a bargain bin somewhere. I rescued it from my attic back home in Cumbria. This was my first experience of 12" club remixes and I don't think I really liked it at the time or understood why it was such an extended version. I thought it was a bit of a gamble for me to play it in the Soup Kitchen.

'What?
You played that in there?
How did you get away with that?'

Yeah, it's a huge queer anthem. Yeah, it was from Sister Act 2 and some might say it's a cheesy, commercial selection but when I played this at Kiss Me Again, the response was huge. Like I said, it took me by surprise. I remember I mixed it with something that had a much harder edge to it and this just filtered through and the faces I saw in the crowd singing back at us were full of smiles and recognition. At that moment I think something about what we're doing with Kiss Me Again just clicked. We're doing this for you because you need soul, you need to feel positive and you need to feel proud of who you are.

We named Kiss Me Again after one of our favourite records. 'Kiss Me Again' by Dinosaur was released in 1978 and produced by Arthur Russell and Nicky Siano and also features David Byrne on guitar. It's the ultimate dancefloor record and it emerged from an evolving queer club culture at a time when there was nothing else like it. This record is loved by everyone who hears it. We wanted to include everyone on our dancefloor. We didn't want to alienate or exclude anybody who wanted to come and dance. We want you to feel safe and happy.

Manchester's queer club history is rich and colourful and has meant a great deal to me since I moved here. You can learn a lot from a dancefloor.

Don't waste your time trying to impress people that don't want to be impressed.

Dance to your own tune and you will be loved for it.

We'll keep buying records and I'll rescue some more from the attic.