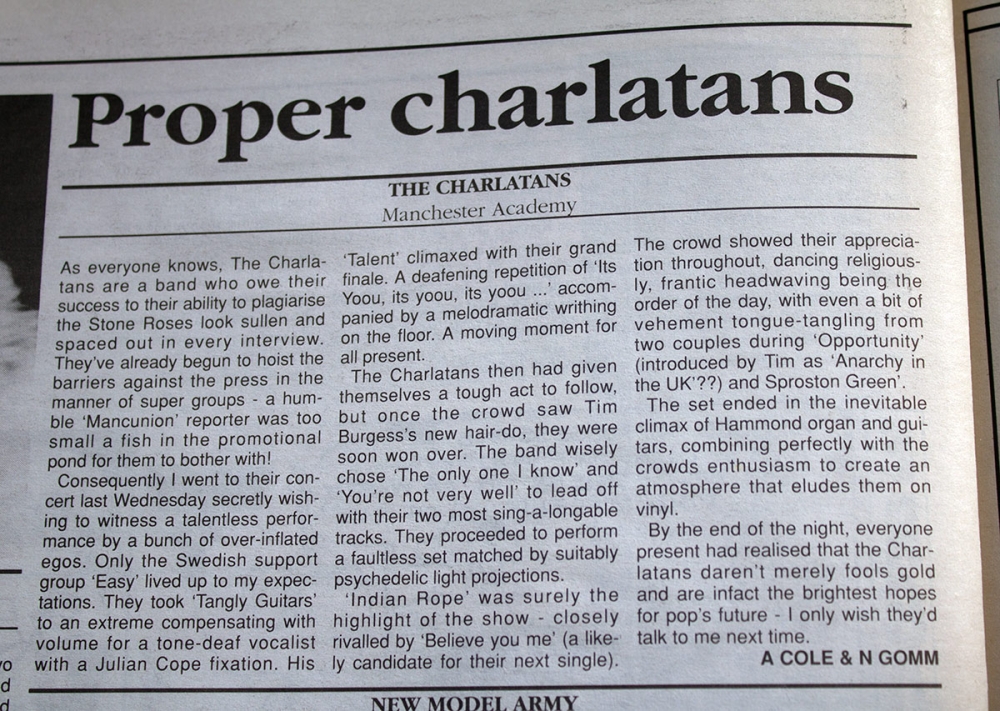 The Charlatans arrived at the Academy for two sold out shows in October 1990 on the same week that their debut album, Some Friendly, entered UK album chart in the Number One position. The band and audience must have been buzzing from this news.

The review says that Tim was sporting a new hair do and they kicked off the set with the double blast of 'The Only One I Know' and 'You're Not Very Well'.

Did you attend this gig? If so, we'd love to read your story in the comments section below.