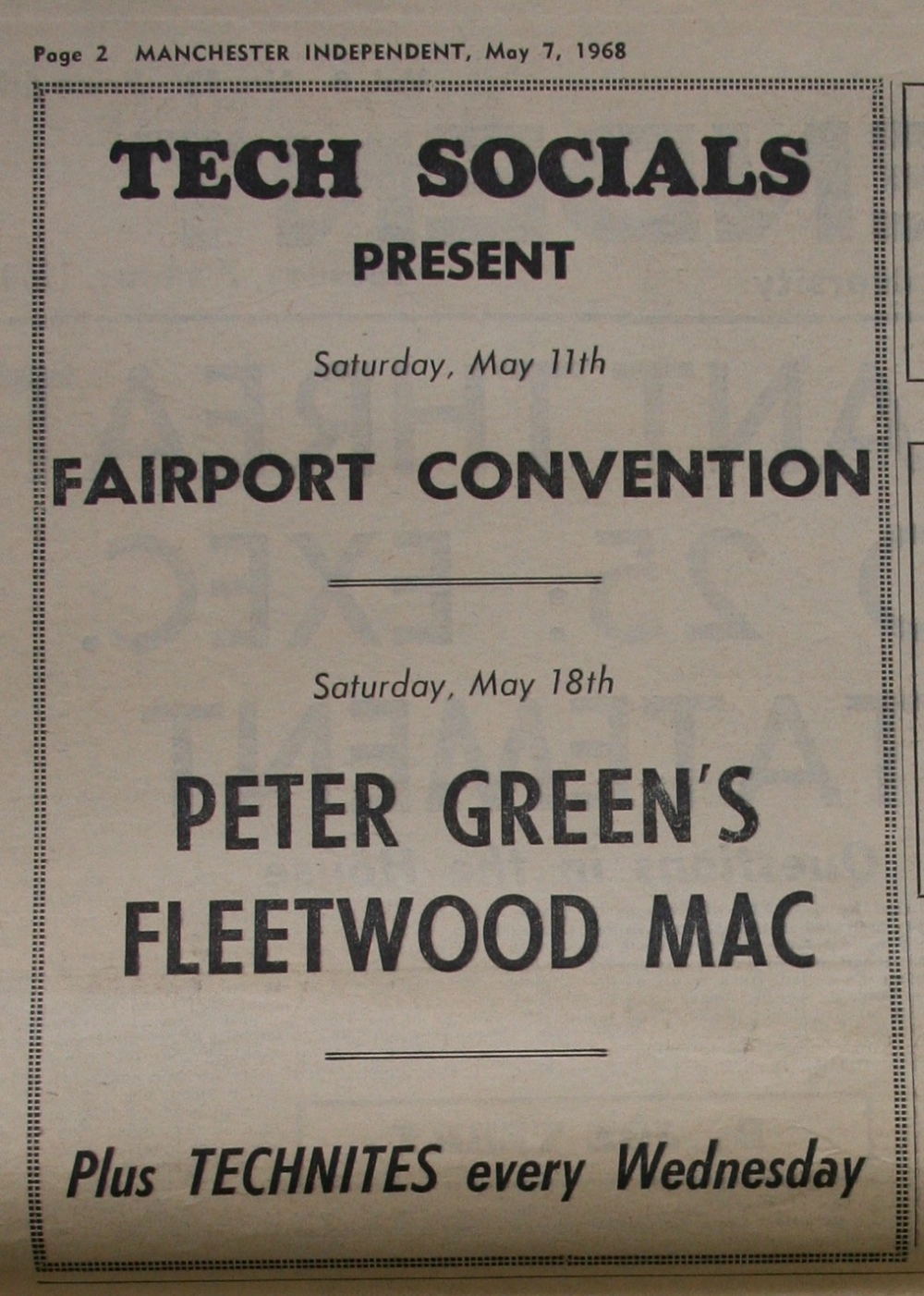 A couple of heavy hitters scheduled for Tech Socials Saturdays in May of '68.

This would've been the Peter Green, Jeremy Spencer, John McVie, Mick Fleetwood line-up of Fleetwood Mac. I imagine they were playing tracks off their eponymous debut, released in February of that year, plus singles 'Black Magic Woman' and 'Need Your Love So Bad'. 'Albatross' came out in October of 1968.

Fairport were fronted by Judy Dyble at this point, who was replaced by Sandy Denny by the time the second album What We Did on Our Holidays came out in 1969.