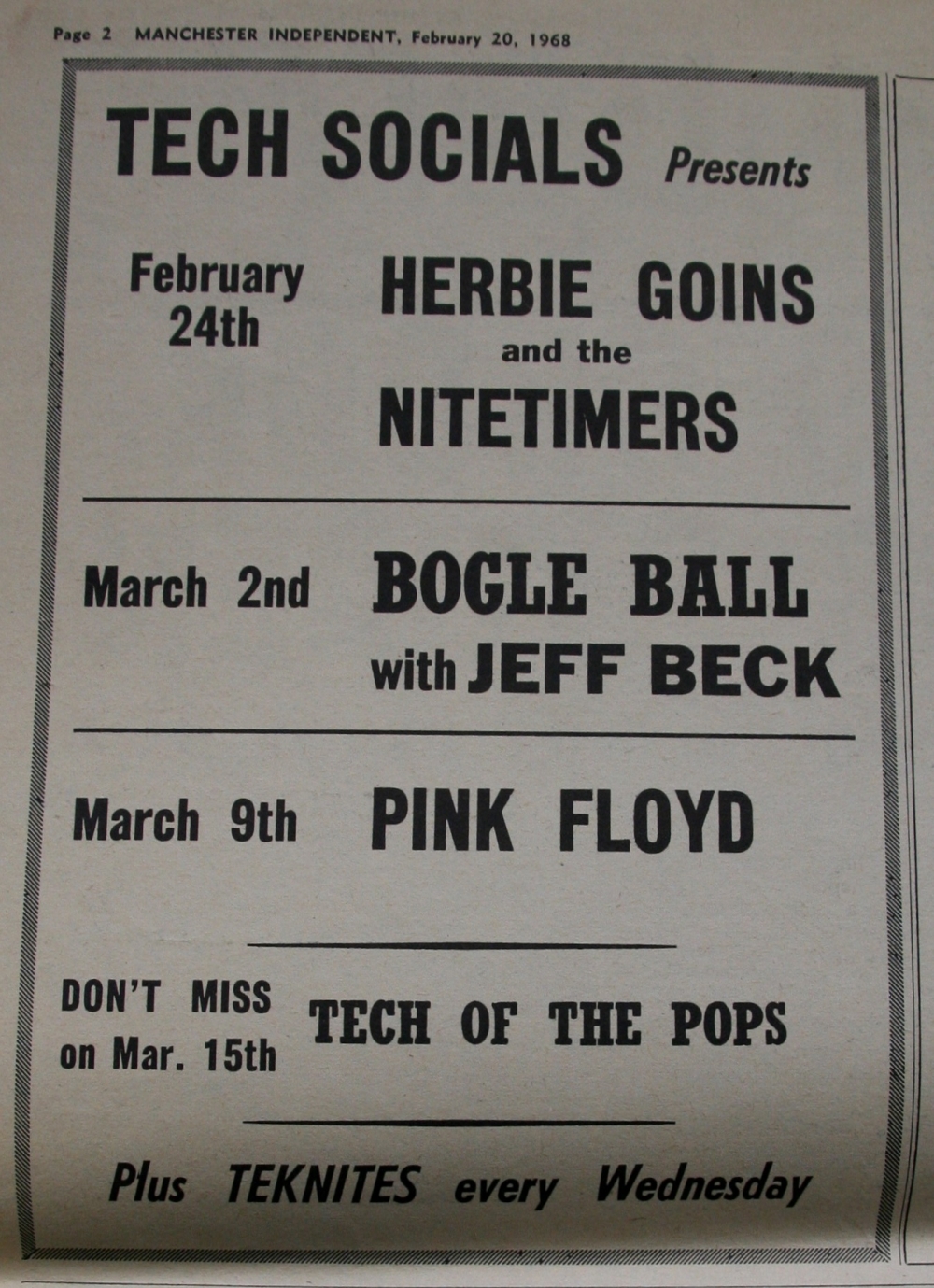 By 1968 it looks like the Social Secretary at Tech Union is really starting to pull in the heavyweights.

It was a turbulent time for Pink Floyd. Syd Barrett had stopped playing live with the band in January of 1968. He left completely in April, and was replaced by Dave Gilmour.