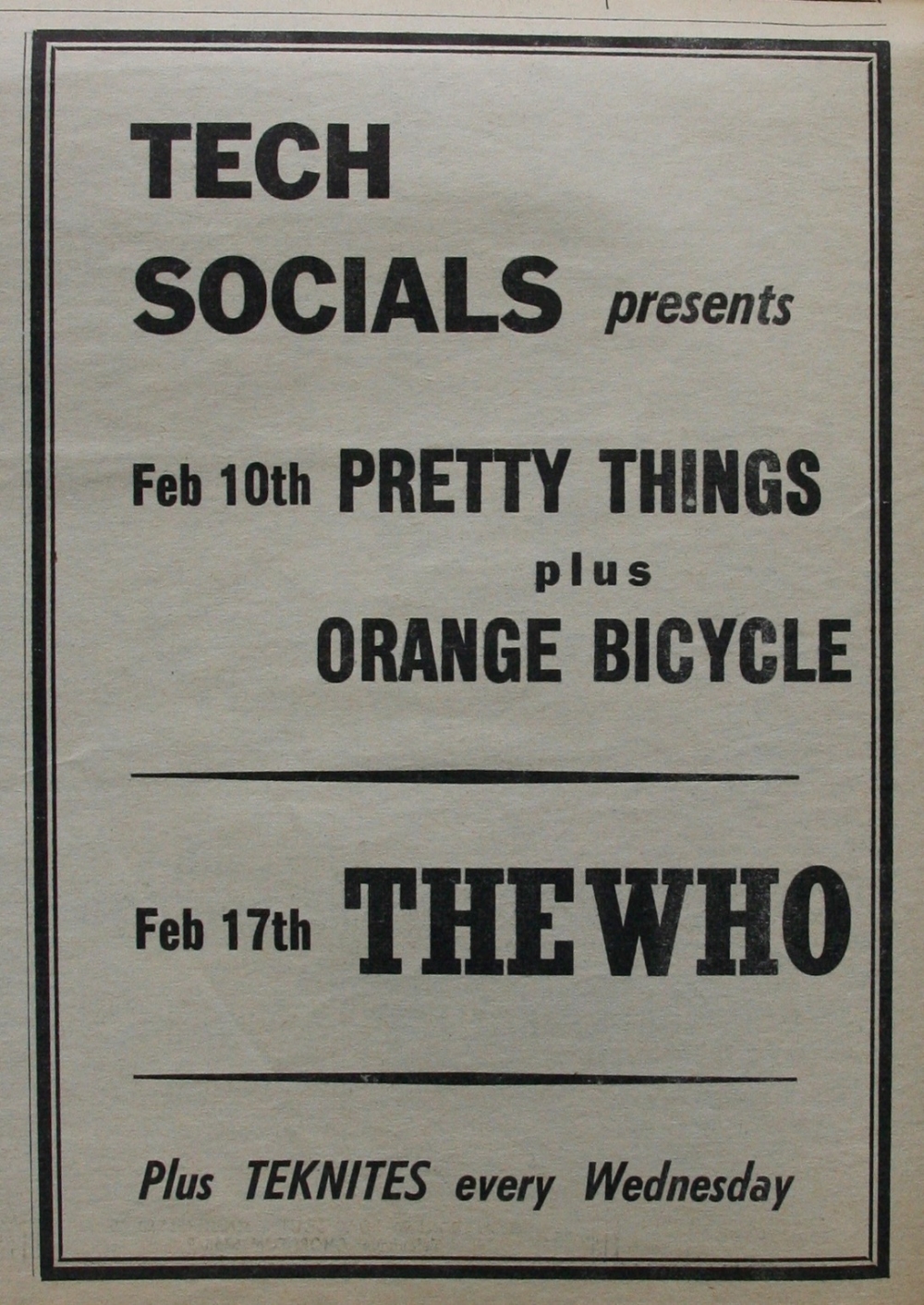 The Pretty Things play a double header with Orange Bicycle - a forgotten English psyche-pop act. According to Wikipedia, Winston Malone, the keyboard player from Orange Bicycle, arranged the strings on the 1965 Andrew Oldham Orchestra symphonic recording of 'The Last Time', controversially sampled by the Verve for 'Bittersweet Symphony'.

The Who are booked in to the Tech Union for Feb 17th. According to the Manchester Academy website and Wikipedia, the band played MDH in October 1965, but I have been unable to dig out an advert for this.