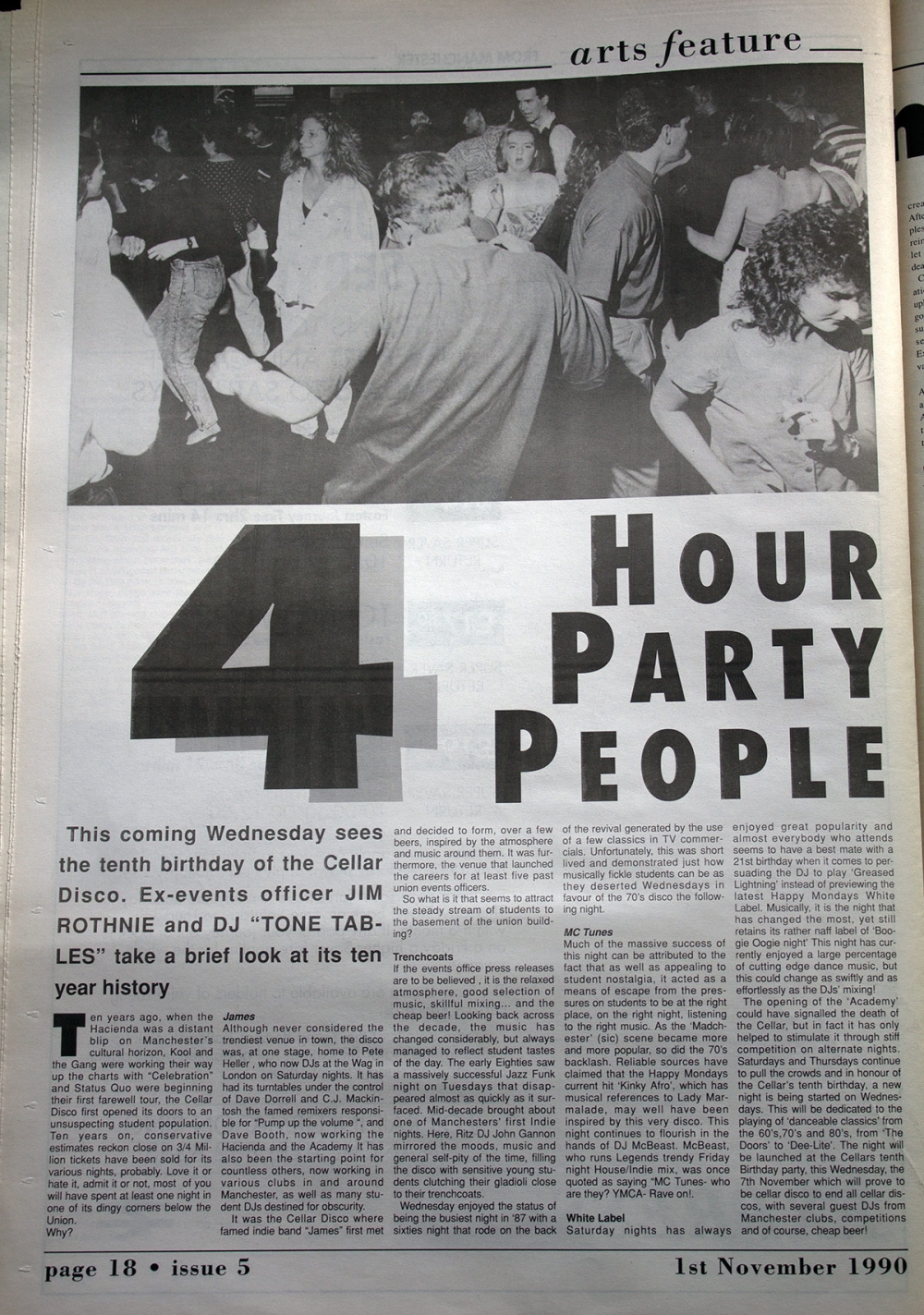 A great retrospective of The Cellar Disco's first ten years of operation. A few notable mentions from the article... The Cellar has had its turntables controlled by CJ Macintosh and Dave Dorrell, part of the M/A/R/R/S team responsible for Pump Up The Volume, the Cellar Disco is where the band James first met and conservative estimates reckon close to .75 million tickets have been sold to the many parties thus far.

The Cellar is now known as Club Academy.