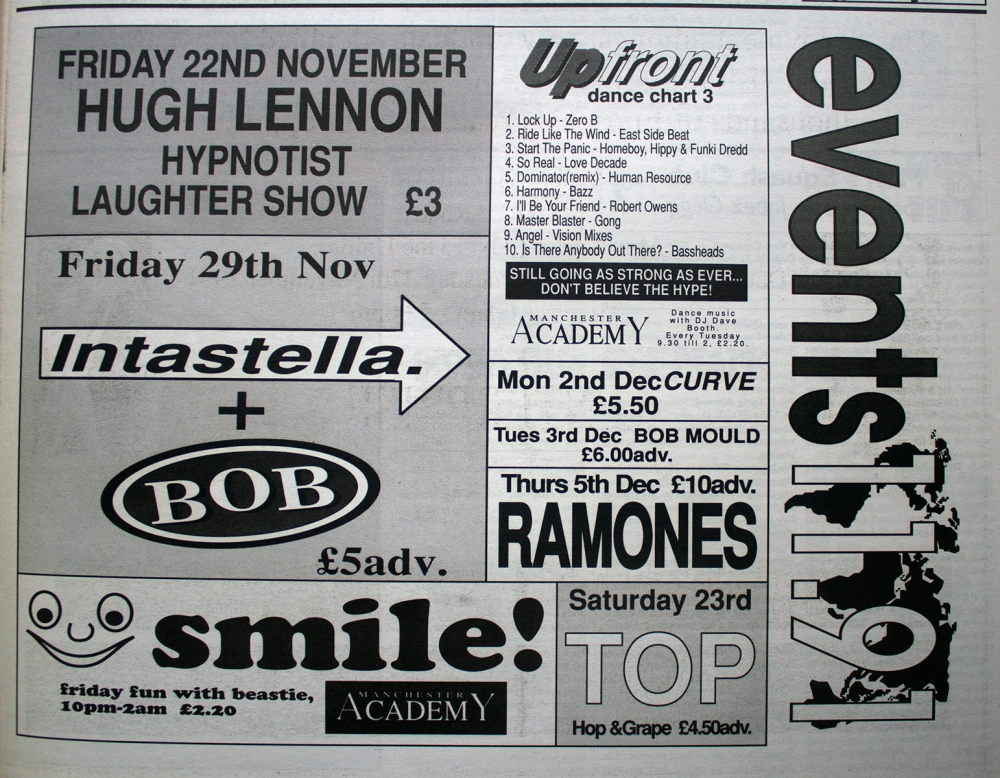 This advert highlights the variety of performances the Academy / Student Union were booking, including...

Intastella celebrating the chart success of their Top 75 single 'Century'