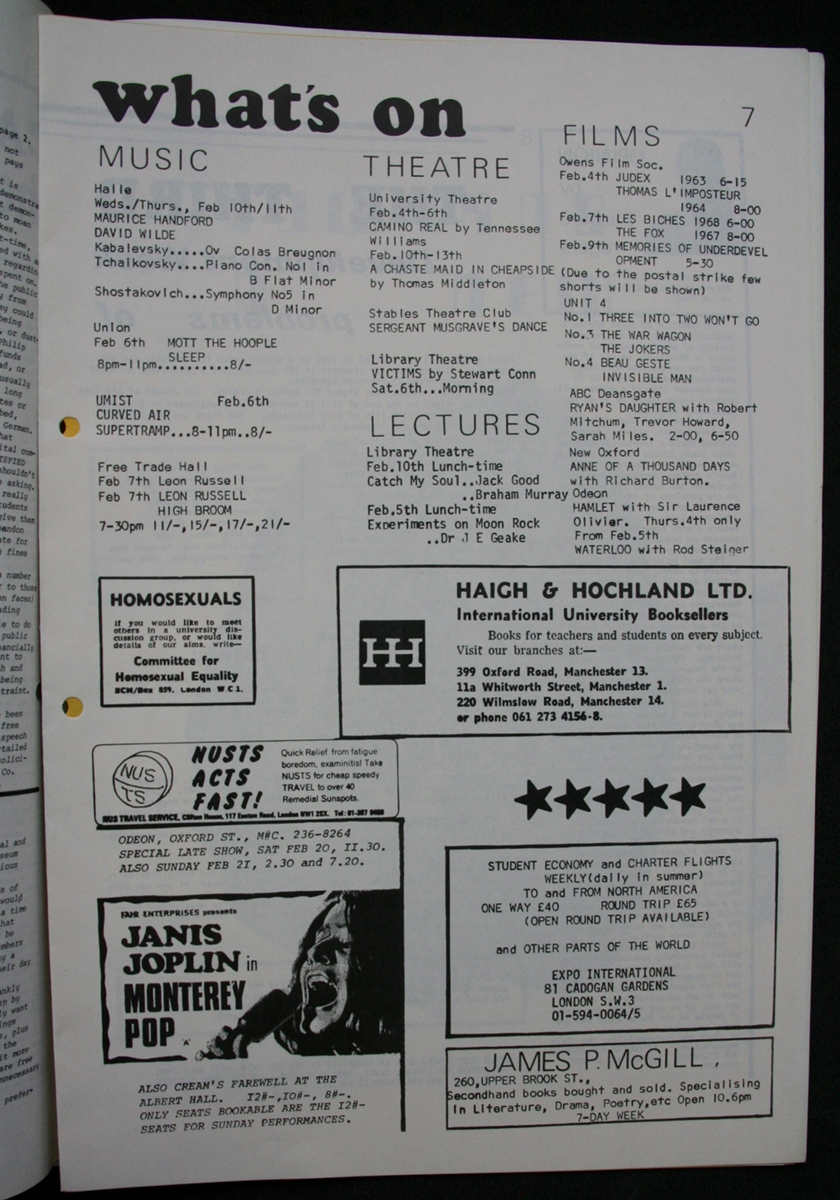 A rare entertainment guide to the city including a gig from Mott The Hoople in the Main Debating Hall, the show was prior to their Bowie collaboration which would send them rocketing up the charts a year later with All The Young Dudes.

It's also worth noting the great line-up over at the UMIST building feating Curved Air and an early formation of prog titans Supertramp.