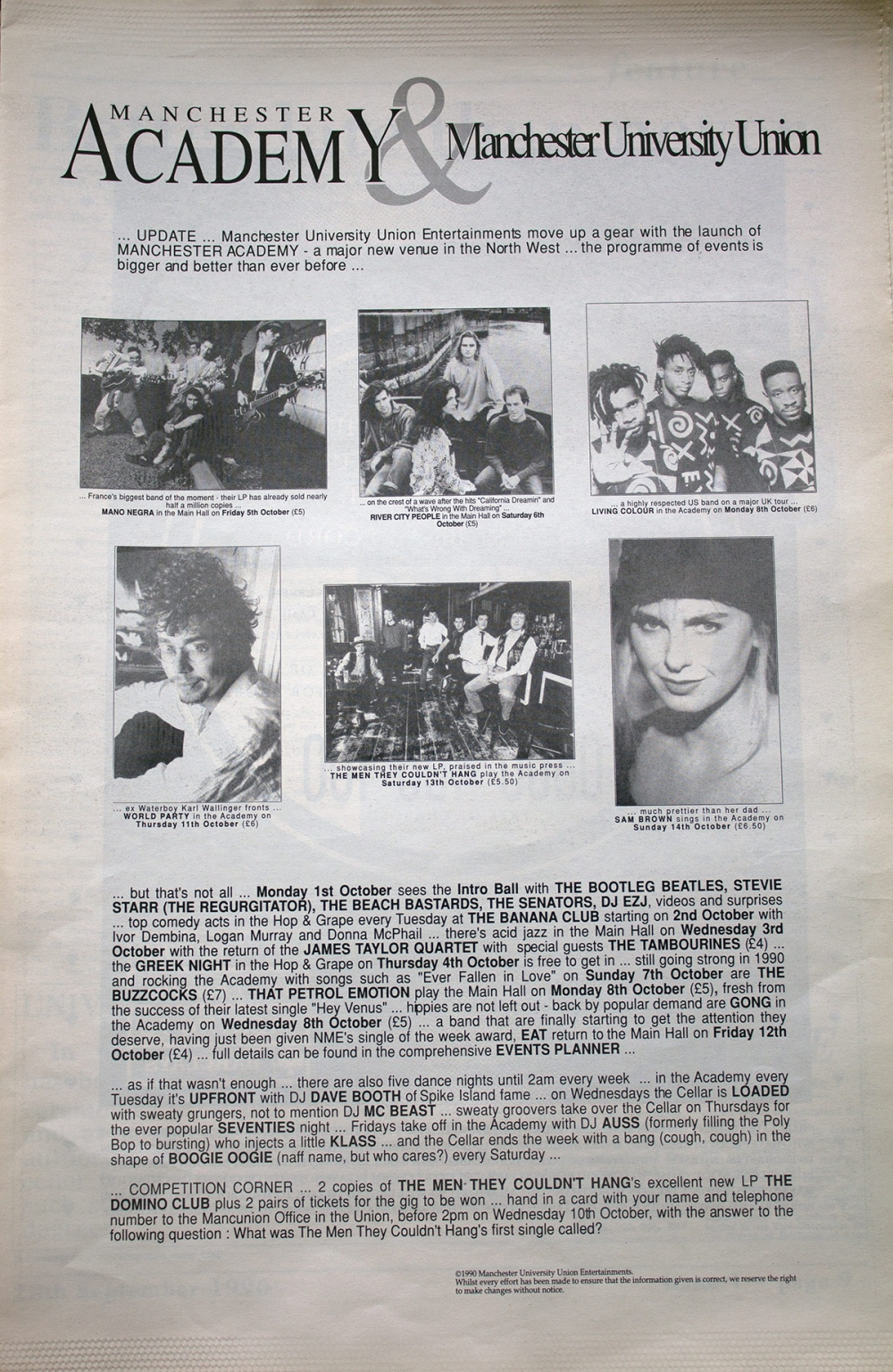 Full page advert announcing the launch of Manchester Academy boasting a program of events that is 'bigger and better than ever before'.

As well as live music the Union ran club nights five nights a week between the the Academy and Cellar (now Club Academy).