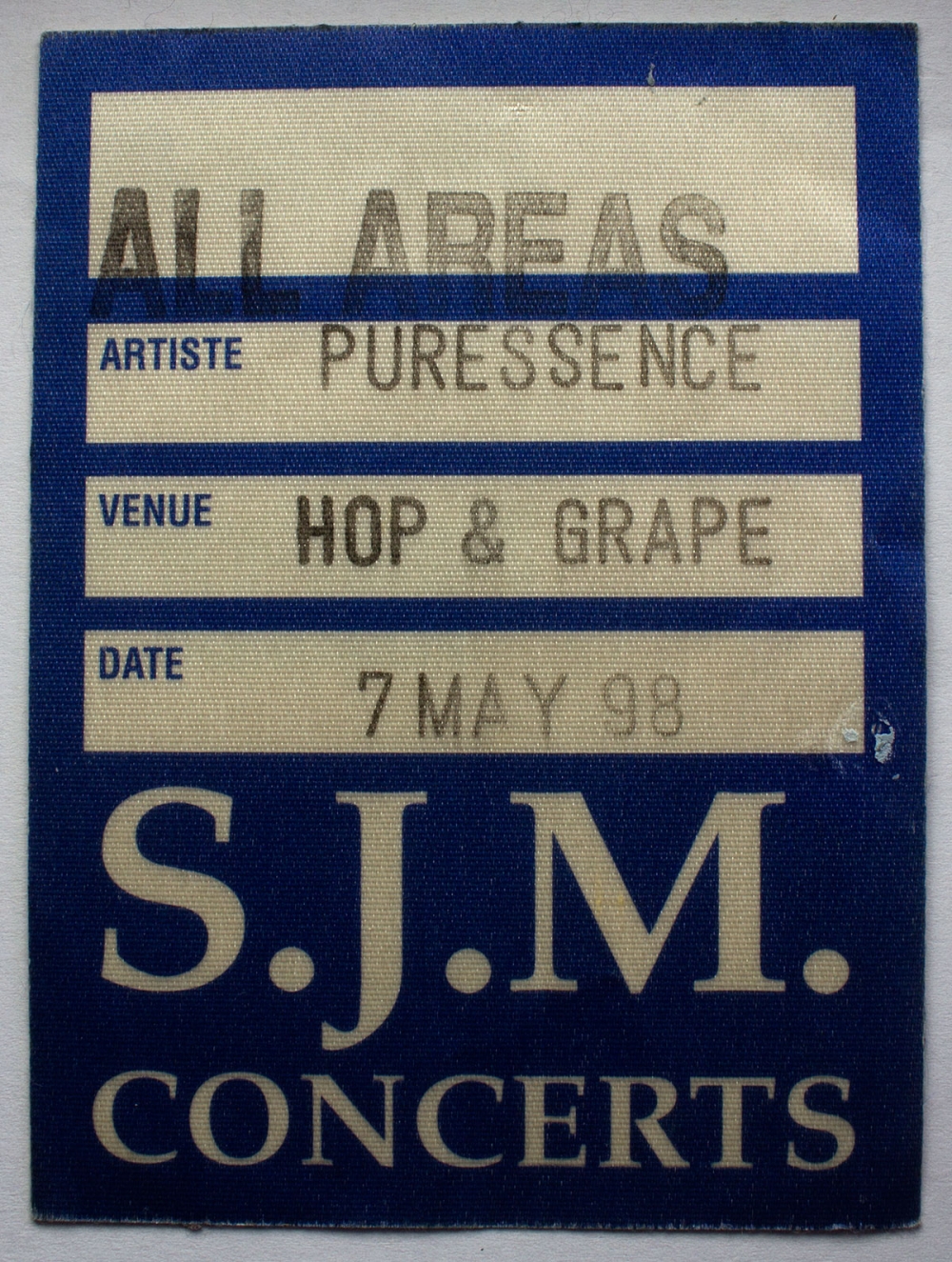 This was a promo show on the eve of Puressence's breakthrough single This Feeling and although it was at the start of their commercial journey it had the sense of occasion you'd expect for a conquerors return hometown show. It felt like everyone in the Hop and Grape knew something good was finally going to happen with 'our' band, you could feel the anticipation of success in the air, and the band played an absolute blinder.

Just like a Morrissey gig, the crowd sung the lyrics back to the band louder than the monitor vocals, even to the new songs, which we'd previewed courtesy of Liam Walsh's Red Alert samplers. <3

I don't think I've experienced a show quite like it since, their Apollo show was a huge celebration, but this gig, we just knew something good was heading their way.