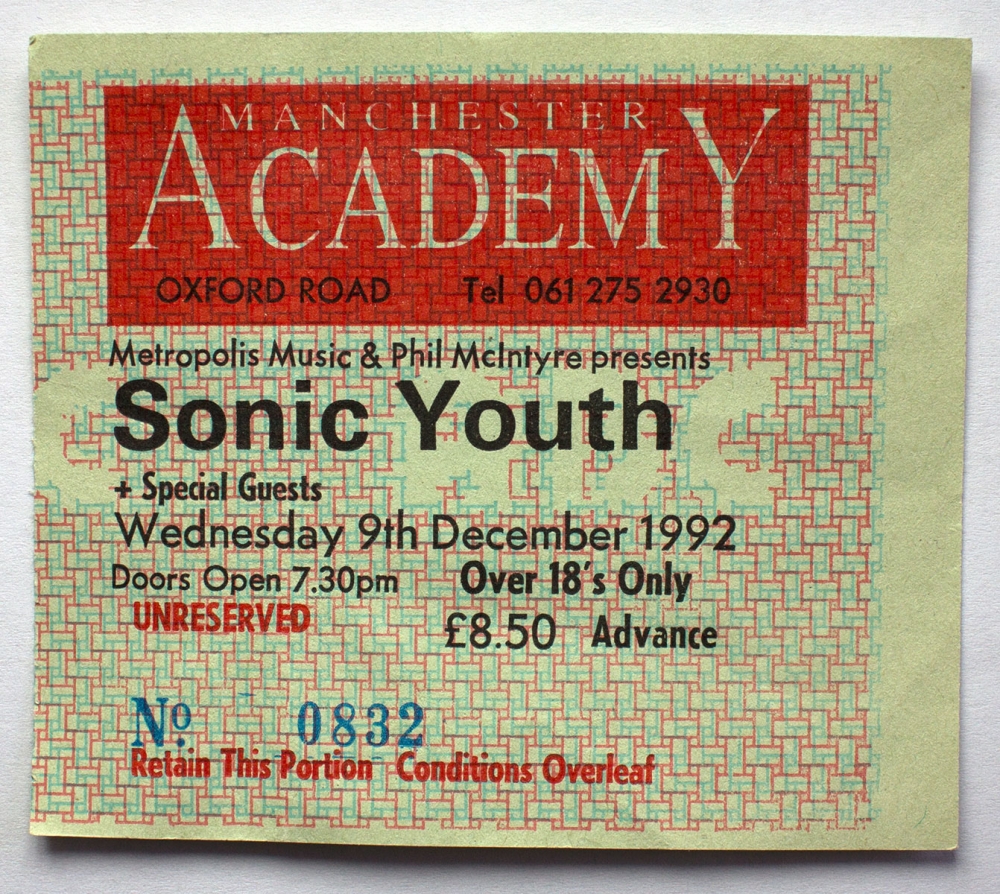 Sonic Youth played Manchester Academy at the peak of their commercial success in 1992 as part of the Pretty F**king Dirty world tour.

The show was bit of a disappointment, it was my first time watching them live and I barely recognised some of the songs due to the bands penchant for adding art wankery jams to what were great pop songs.

What made this gig stick out for me was the hippy looking guy handing out pieces of carrot as we entered the foyer, naively I thought the carrot was laced with acid and literally pulled a piece out of a friends mouth in anxiety. Anyway... we were watching the support act, Pavement, and look who is playing the drums... only the flippin' hippy carrot man, Gary Young. He was kicked out of the band a few months later. Pavement were great, I should have saved the carrot to throw at Sonic Youth.