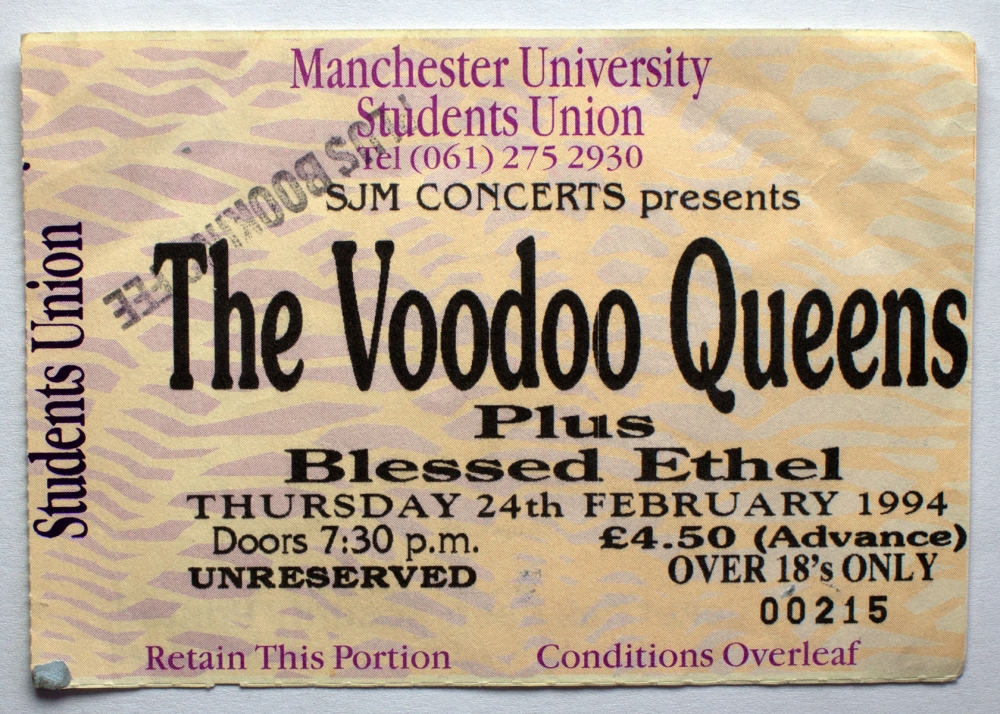 The Voodoo Queens were an Asian fronted all female band often associated with the UK Riot Grrrl scene and this show in the Hop and Grape was the first time I witnessed the Riot Grrrl movement in action.

The band stopped the show after noticing a few guys jumping around a bit too aggressively and knocking members of the audience down the front, many of which were female. After telling the guys to calm down the band then stopped again and told the guys to get to the back of the gig, then it happened, a few women in the audience took action and started fighting back, ordering the aggressive guys to leave the front of the stage area, a stand off occurred before the guys left and there was a real sense that something special just occurred.

The Voodoo Queens were known to be fans of chocolate so me and a friend bought some fun-sized Mars bars and threw them on stage which the band thanked us for and ate between songs.

Support was by the brilliant Blessed Ethel. It's a shame they got lumped into the New Wave of New Wave movement because they were so much more than that in 1993/4.