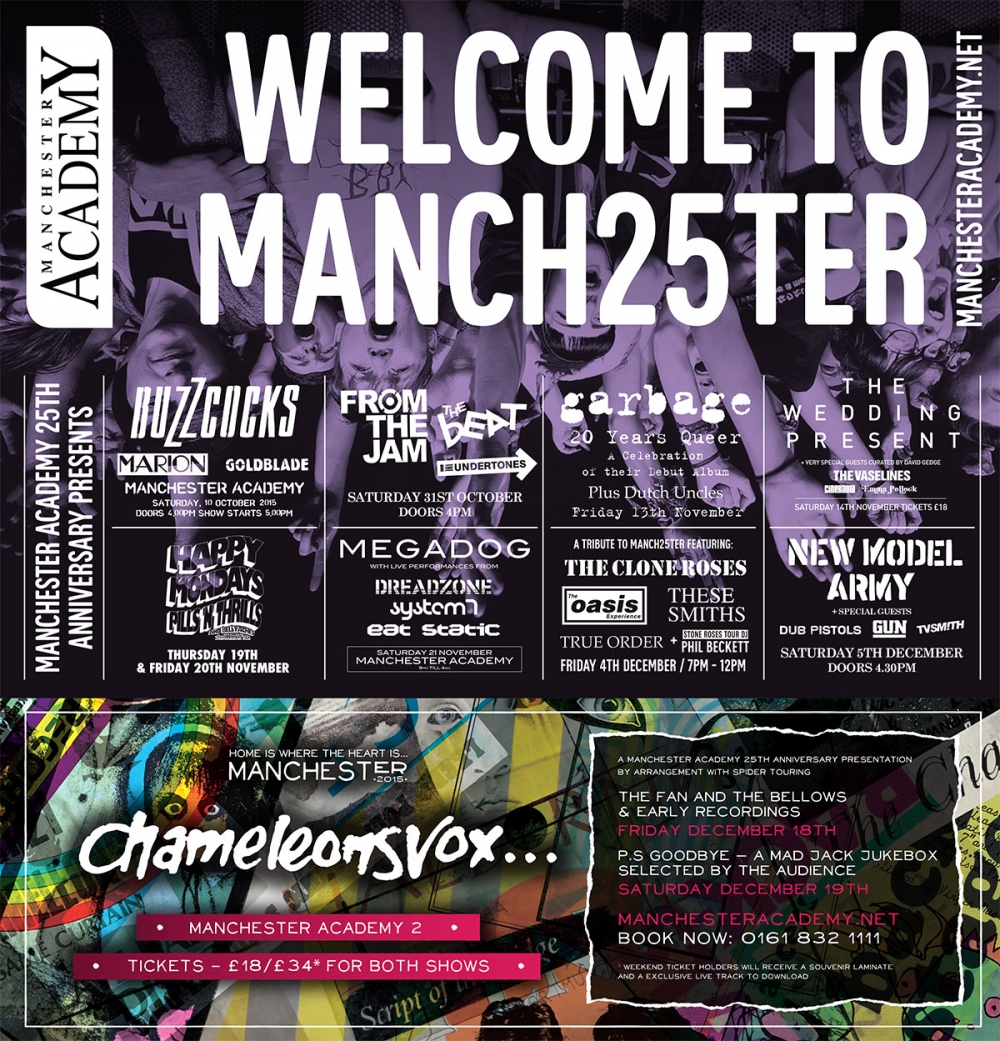 Gig guide featuring highlights of the year-long series of gigs to mark the 25th anniversary of the Academy. The Happy Mondays were celebrating their own achievements with two sold out shows for the silver anniversary of the band’s classic album ‘Pills 'n' Thrills And Bellyaches’.

The pair of Chameleons Vox shows have now become a yearly tradition for the Mancunion band and the Academy, and are scheduled to appear for a third year in December 2016.