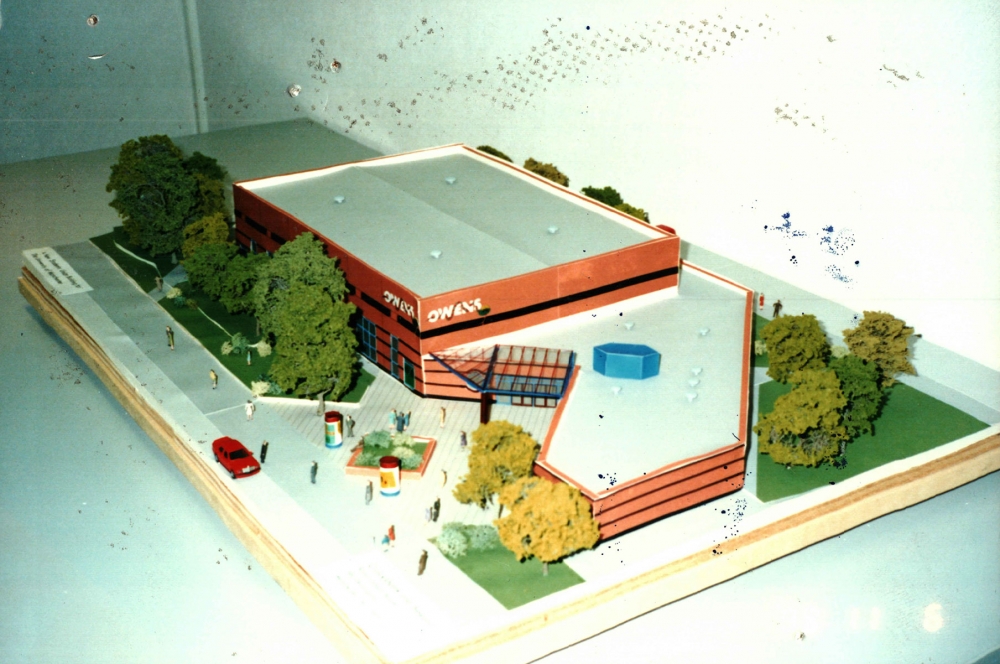 This architect model of the Academy building was unveiled in 1989. You really get a sense of scale and physical design of the building exterior. Note that the Academy was unnamed at this stage so the word Owens, possibly representing the University's Owens Park halls of residence, has been used for branding guidance.

In 1851 Owens College opened in a house on Quay Street in central Manchester. It was named afterJohn Owens, an unmarried Manchester merchant and industrialist who had died in 1846. He left most of his fortune to provide "to youths of the age of 14 and upwards instruction in the branches of education taught at English universities, free from religious tests".

The Students' Union, Oxford Road, was sometime referred to as Owens Union, differentiating from the Tech Union.

A quick look on Google Maps shows that the only difference today is the removal of the grassy square and cylinder shaped advertising boards just outside the main entrance by Oxford Road.