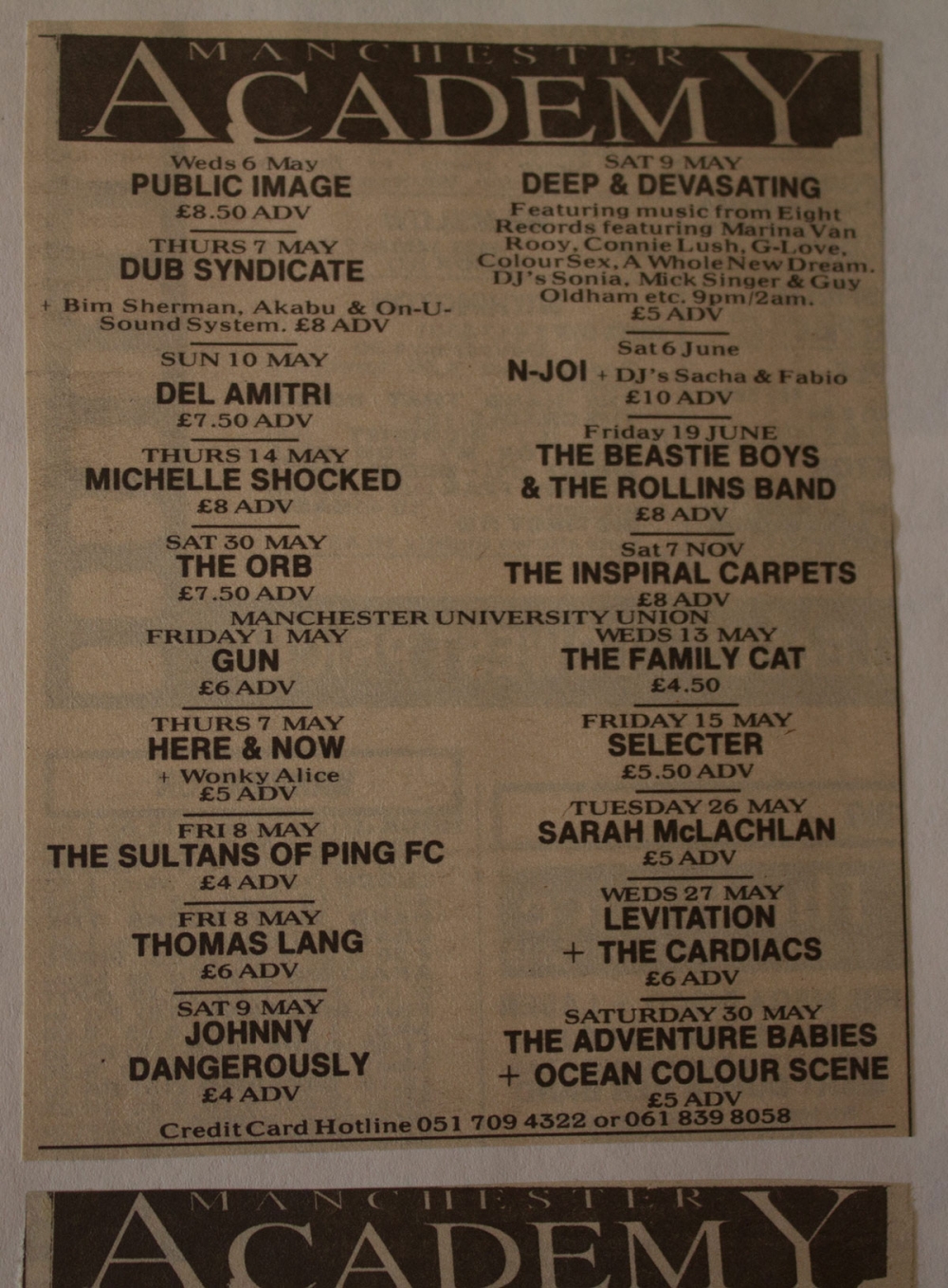 9 June 1992, a glorious summer's evening. The Beastie Boys are playing the Students' Union, with support from Henry Rollins. 'Check Your Head' had been released. I was just 20.

Got home from work and we set off early for the gig. It was the same night as the Greenpeace concert at the G-Mex, but we weren’t bothered about that as we were going to see the Beastie Boys and we thought we were the coolest people on the planet. Who likes U2 anyway?

Walked past the Pevril of the Peak on our way down to Oxford road, it was hammered, thousands of people milling about. Hoof it down Oxford Road, get to the Student's Union. You still had to sign in back then. Wanted to catch a bit of Rollins, but not an hour of him just full on shouting and screaming at us.

We get in and the Beastie Boys are already on, quickly try to get a drink, then I heard Mike D say, thank you Manchester, good night! Then they are off, were just stood there confused, waiting for them to come back on. 20 minutes pass, then Henry Rollins comes on, and proceeds to scream for over an hour. Go home deflated.

The next day was reading the Manchester Evening News Diary section. Guess who was spotted at Greenpeace concert? The Beastie Boys.