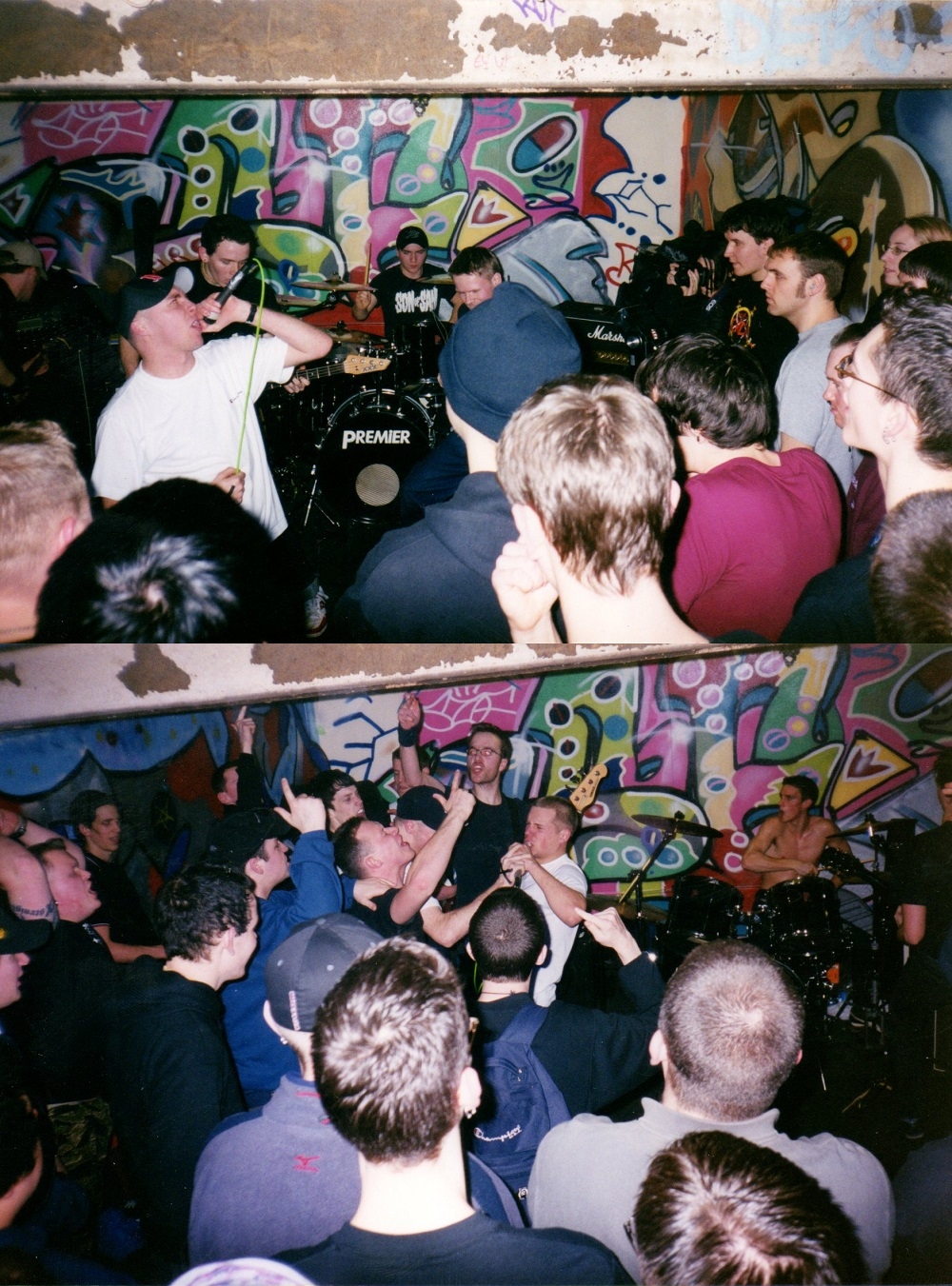 xCANAANx from Canterbury and THE DEAL from Belgium, playing at the Redhouse rehearsal rooms on Ludgate Hill.

As far as I'm concerned the xCANAANx MCD is probably the most enduring metallic hardcore disc of it's time. Folks later played in November Coming Fire and (part-Manchester band) Rot In Hell.