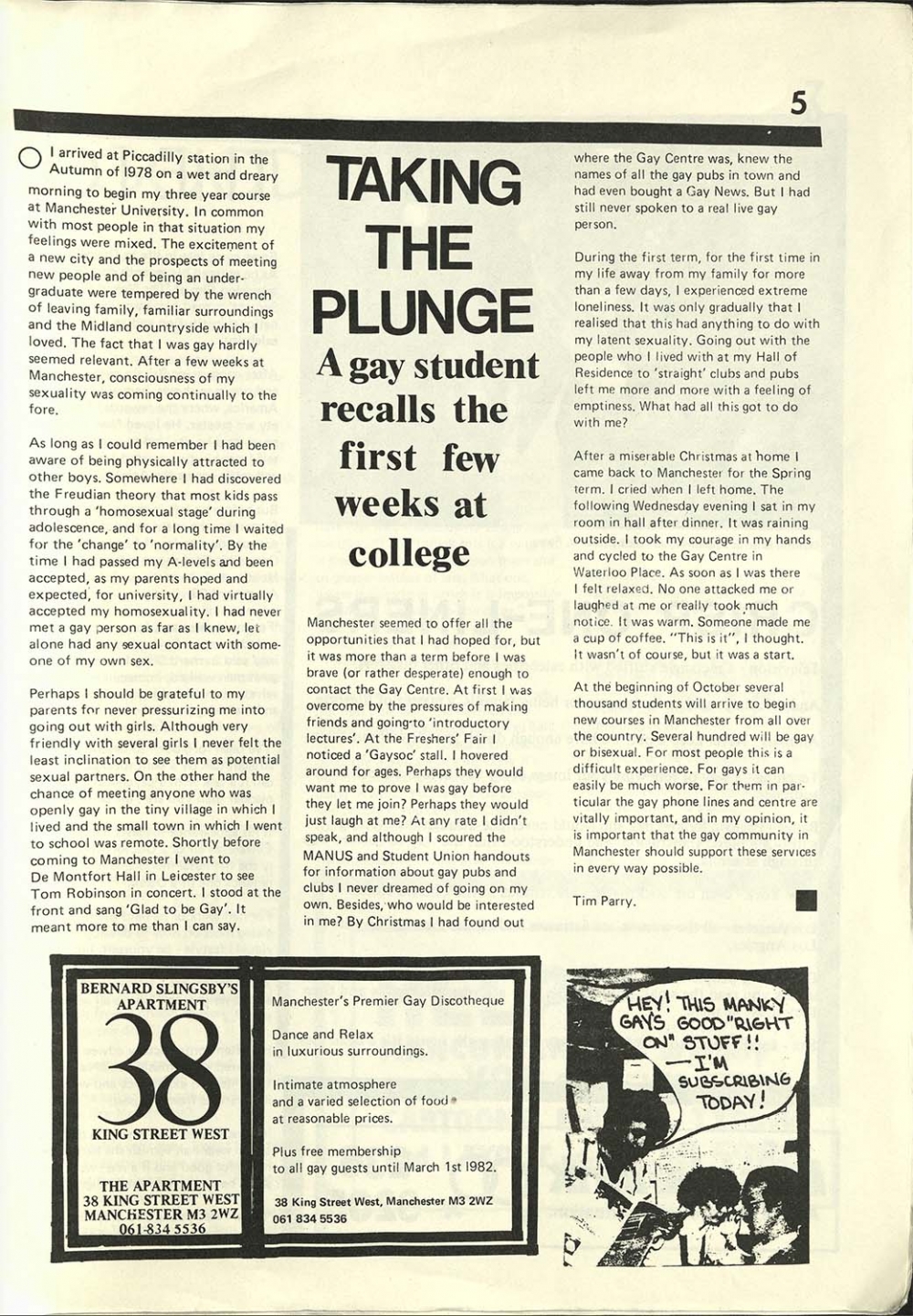 Free membership to all gay guests until March 1st 1982

Fascinating piece above by Tim Parry on his first weeks at college as a gay student. He mentions the importance of gay helplines - a vital service for many at this time.