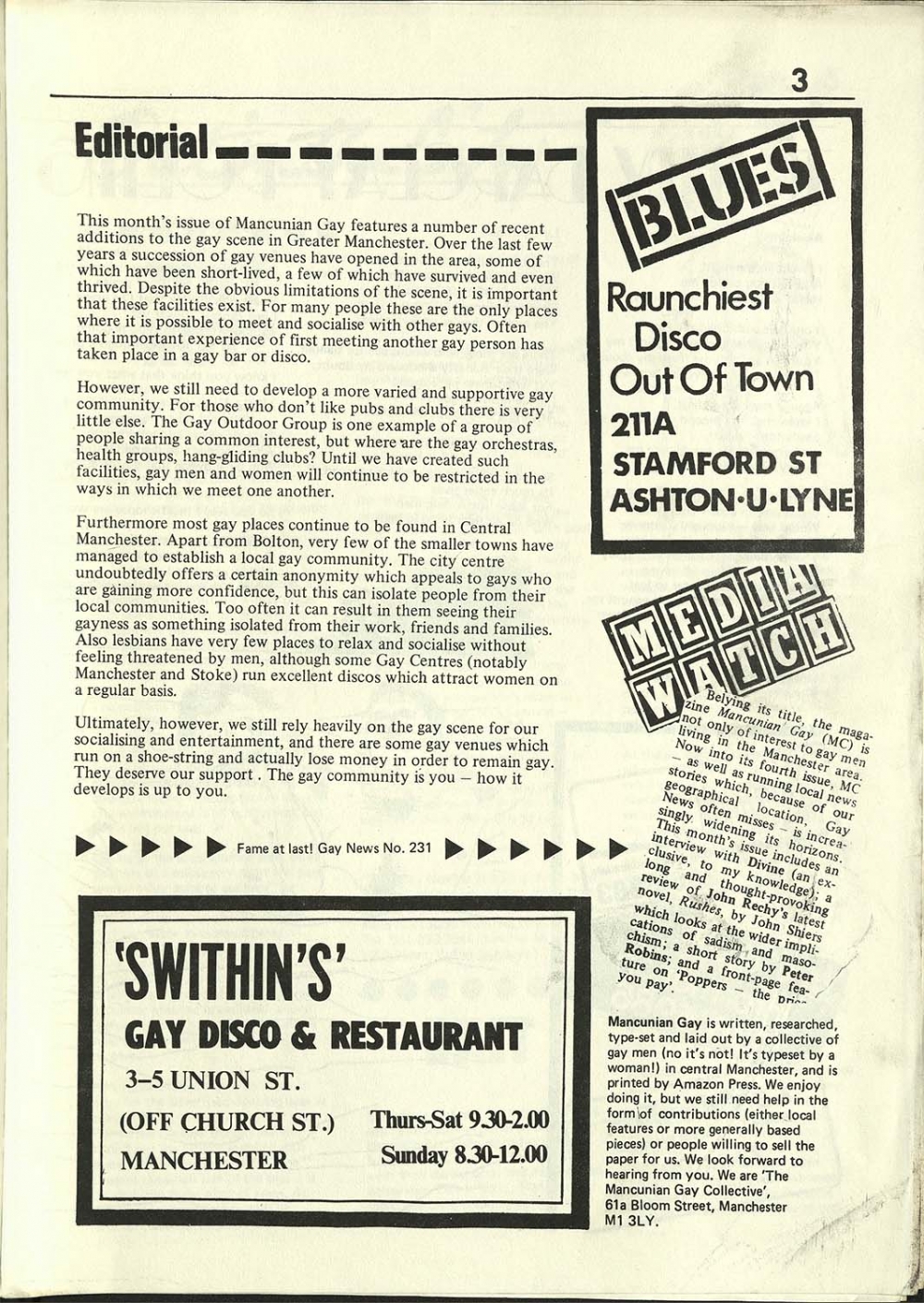 Advert from Swithin's Gay Disco and Restaurant 1982, taken from The Mancunian Gay magazine.

Swithin's was frequented mainly by women.

"It was an absolute dump, in a basement by the side of Thomas st carpark. The only way they could get a license was to serve 'food', so at around midnight some fat bloke in a vest used to appear with plates if sausage and chips for the laydeez. The dj was appalling, the clientele were generally North Manchester/ Moston posties who frequented the Union. Of course I absolutely LOVED it and was a member - think you had to be? The membership comprised if a cheap imitation leather key fob with 'have a gay day' printed on it. Pure C-L-A-S-S don't come around too often."

Image courtesy of Manchester Libraries, Information & Archives. You can make an appointment to see this collection by emailing: archiveslocalstudies@manchester.gov.uk