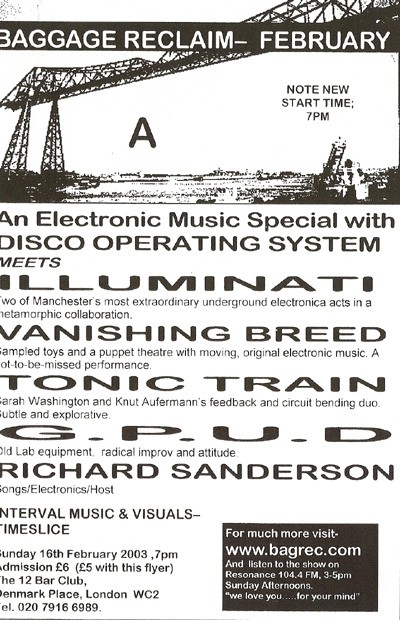 This is a poster from a London gig featuring Disco Operating System and Illuminati live at the 12 Bar Club, Denmark Street in 2003.

Prior to the gig, the artists were interviewed on Richard Sanderson's Baggage Reclaim show on Resonance 104.4FM. Also on the radio show was the Vienna Vegetable Orchestra.
Artefact added : 5th June 2007
by dave