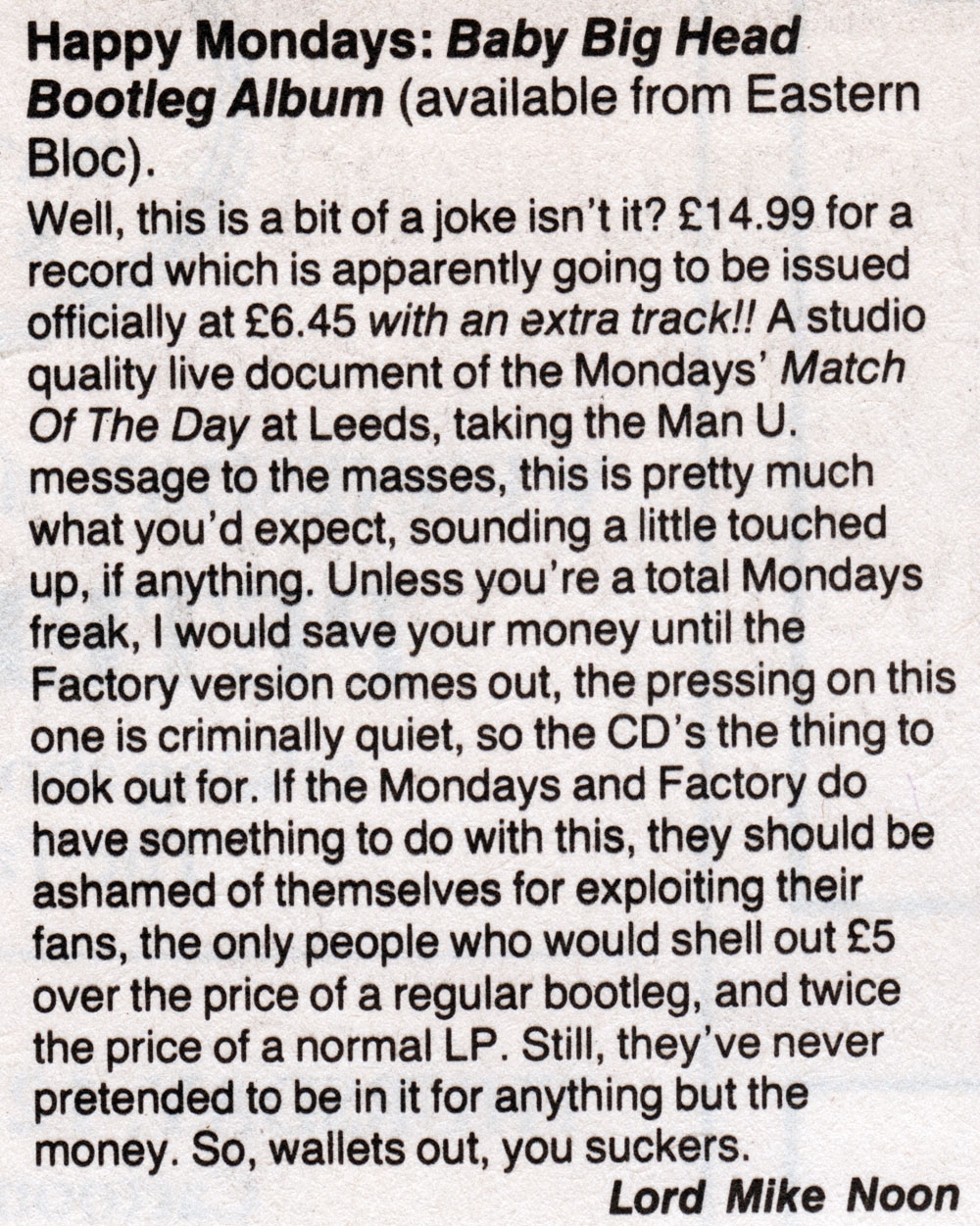 Review of Happy Mondays bootleg LP from City Life magazine. To give further context to the review, this is from Discogs:
"Elland Road, Leeds concert, June 1st 1991 (without 'Wrote For Luck') and later released officially as the Live album. Initial speculation was that this was a promotional move by Factory Records to create a "bootleg buzz" around the upcoming release. Shaun Ryder later admitted that he, along with tour manager 'Muzzer', were responsible for this 'unofficial' release. Despite the sleeve saying 'Made In Sardinia' it was actually the UK.

The UK version is a plain white label on the vinyl with a later Aussie version featuring a repeated icon of a little alien. Despite tracklisting, Wrote For Luck sadly does not appear on this "bootleg". Instead 'Bobs Yer Uncle' (ommitted from the official 'Live' album) is included on this release."
Thanks to the author of that text.
Artefact added : 17th December 2016
by Mike Noon