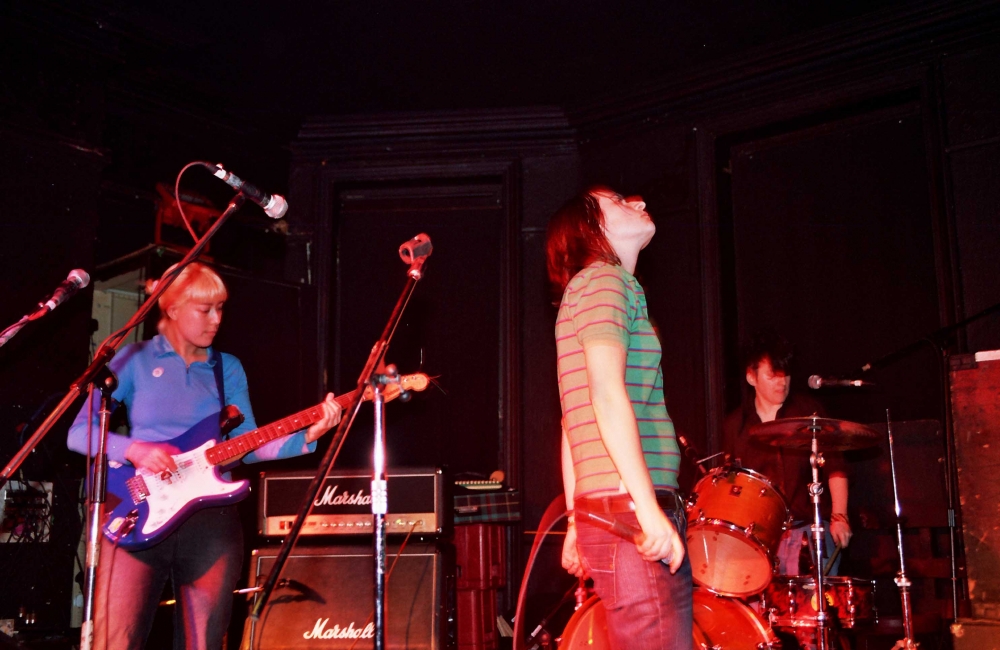 So another charity event, but be honest, who attended the event to support the cause, as opposed to those who turned up to see 3 stalwarts of the north west gig scene? First up are Icons, now an all too seldom experience due to minor difficulties such as band members living at opposite ends of the country. The spiky fretwork of Julian Loafer and Kester overlay the caustic, at times acerbic lyrics in a tuneful, sparkling, performance.
At times aggression pours from the speakers, without the hint of physical violence. Alternating with faux Greek type style of "Billy Slagg". A constantly revised set list realises an always different performance, so having dispensed with a truncated rendition of traditional set closer "Billy Slagg" mid way through the set, allows "House Doubles" brings down the curtain
Quickly following on is the joyous shamble known as Valerie. Strangely enough, the only verse (yes verse, not song) that the triumvirate of Josie (vocal), Vicki (bass) & Elvis (drum) have actually practiced together sounds pretty decent
Artefact added : 19th December 2016
by transmission