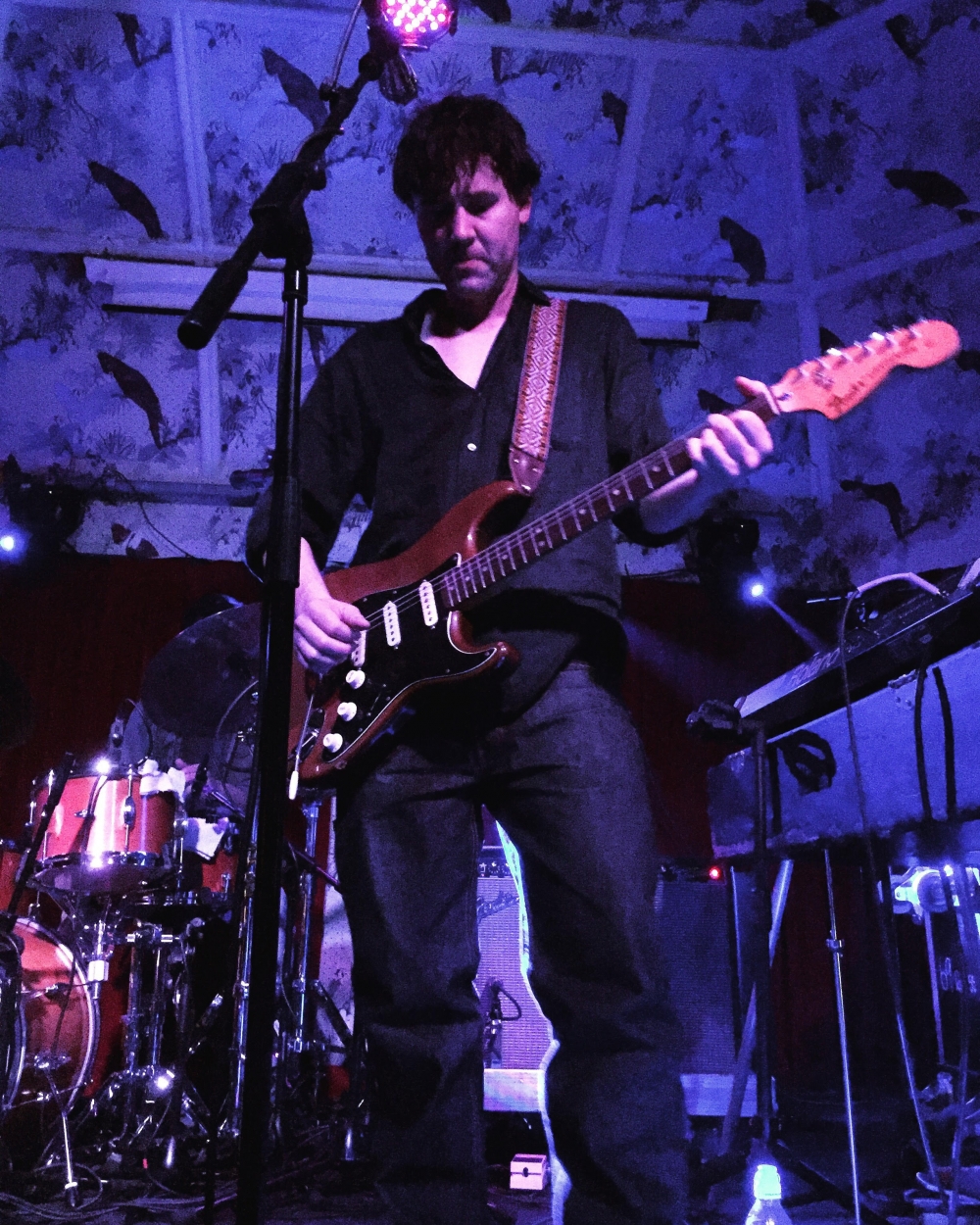 I went to see Cass McCombs last night at Deaf. It was one of the best gigs I've ever seen. I've always followed Cass and think of him as a true artist, i.e. someone who can't bear to compromise. At times this makes him ornery and ponderous, but so what? I've seen him play a few times, and it's been a different experience each time. I caught him at Deaf a few years ago and he was remote and resentful, as though he'd been forced to share his art with an audience of baboons.

Last night he was totally committed and kept his flinty peepers locked on the crowd. He played like three guitarists rolled into one (Verlaine? Hitchcock? Marr?), counter melody after counter melody rolling out under his brilliant vocals. He is a lot like Johnny Marr in his ability to play basslines and several amazing melodies all at once. It was a Fender fan's wet dream: Strat through a Twin Reverb.

The rest of the band played out of their skins and created acres of space and sweetness. There was a lot of out-there, beautifully perilous improvisation that the albums just don't capture. They took in 70s blue-eyed soul, widescreen jangle pop, forlorn country and southern rock, plus oodles of mega-deep jazz Rhodes - Solid Air vibes. They even dubbed out 'County Line', subtly, towards the end, which was an epic wowfest. It seems I can now listen to this song without crying! (We got there in the end.)

I noticed the band didn't have a setlist and really had to communicate with each other to keep tight to Cass's jams. Watching this was electrifying, and Deaf is a great place to get up close and personal with musicians in this way. I feel privileged that I can access experiences like this down the road from my home.

After the gig I stood on the pavement with Jason Boardman and Jeff O'Toole. Initially we were speechless, before we quickly started talking about whether or not we could get to Leeds Brudenell (tomorrow) of Hebden Trades (Wed) to get another fix. Go if you can, and get to the front!
Artefact added : 24th January 2017
by Abigail

Spud1957roxy Says –
hi.was the guy called john who printed and came up with city fun the mag,around 76....i used to see him at all the gigs.oh and he was a big united fan.is this correct.
If you'd like to leave a comment, please Login. Login
Manchester Digital Music Archive is licensed under an
Attribution-NonCommercial-ShareAlike 4.0 International License.
Charity no. 1164179
Our archive currently contains 3870 Bands, 758 DJs, 1461 Venues, 323 Industry Professionals and 29719 artefacts contributed by 4047 members.